UPDATE: Watch any course 50% off through May 1. All books & talismans shipping worldwide as normal. 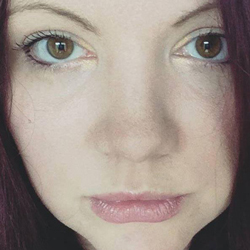 Curse of the Death Goddess features…

I take safety and survival very seriously. Let me ask you a few questions that no one else will:

If you answered ‘Yes’ to any of my concerns above, then I give you my sincerest sympathy. Why? Allow me to introduce myself…

My name is Joey Morris, and I survived chronic sexual abuse as a child.

It has become my mission in life to perform magick to defend the defenseless, to right wrongs, and strike the hammer of justice down upon those whom deserve punishment but never faced it.

Have you heard the phrase: “What goes around comes around?” I am the sorceress who helps to administer that bad karma to bad people.

This begs the question…

If so, then you found your Lady.

Never Again Will You Hide In Shame As A Victim

Many victims of abuse hide in shame over their victimhood. They believe they should appear strong and never allow anyone to know they have suffered.

My dear friend, that chapter of your life closes today forever.

As a young girl I admired the love and light of Celtic Witchcraft. But as I transformed into a woman, I unlocked the fierce black magick that hid behind the masks of these gods and goddesses. The merciless, blood-mouthed Warrior Goddess who slays enemies in their sleep, namely Morrigan, became my matron deity and initiated me into the most baneful witchcraft in world history.

The Blood-Mouthed Goddess Of War & Her Black Crow Of Death

This ferocious warrior goddess Morrigan can assume shape as The Death Crow and inflict catastrophic astral violence in a rite known as the Curse of the Death Goddess. You have probably seen the popular television series Game of Thrones or perhaps studied classical mythology. The black crow forebodes imminent death and doom upon whomever witnesses it. In a curse, this same animal spirit summons the force of death or ruin.

In truth, many varieties of curses and hexes exist in baneful magick that can terminate an abusive situation. That said, none of them come close to the Curse of the Death Goddess, because this particular ritual harnesses the single most primal, sonic, and shattering force of a sorceress: A Death Scream.

The Ancient Magick Of A Blood-Curdling Death Scream

A human screams if they experience horror, but the same human also experiences horror if they hear a person scream. The notorious Banshee of Irish lore unleash a death shriek that freaks out listeners and foretells imminent death.

Our ancestors knew this phenomenon millennia ago. Warriors in march to battle would shout and bang drums to terrify their enemy. Similarly, hunters in a forest will shout at a bear as a last defense to scare it off. Police cars and fire trucks utilize offensively pitched sirens to completely disrupt everyone in proximity.

The primal voice of a witch ignites sonic magick. It tears through the veil and rips across the astral plane. It can disturb a person on the other side of the world; it psychically deafens the victim with a ringing in the ears.

The ancient Druids cautiously warned of a death shriek by their war goddess in a renowned poem:

Woman who looks
Upon your host at this time,
Horrible shall be the force with which she will scream
In a terrible shriek at you.
—The Battle of Mag Lena

Tragically, the extremely powerful baneful magick of a Death Shriek has almost been completely lost by witches. Luckily for you, I have revived it and innovated a particular death scream in just the right tone of voice.

Religion has indoctrinated us to hate our instincts. We breed nihilistic people who hide in shame over their victimhood. But in truth, revenge is probably the oldest and most normal human act. You possess the inalienable right to defend yourself against anyone who has harmed you.

Because of my strong belief in this, the traditional concept of karma does not faze me. Together, we stand on the righteous side of justice.

How This Works Between Us

It involves a very simple arrangement.

Moreover, I personally guarantee that no one will ever know we did this. I take your confidentiality very seriously.

This Toxic Curse Fuses Together The 5 Most Powerful Magicks

I perform an evocation of the Death Goddess. She unleashes the Death Crow to inflict both astral punishment and a symbolic death to the situation that causes you psychological disturbance.

The ritual utilizes my personal innovation of a Death Scream which has been channeled from the goddess herself in her Badb hag persona.

I become lost in the experience and enter into full possession under the Goddess and pour her wrath into an effigy of your abuser.

The Death Goddess animates my body in full ecstasy where I sing, scream, and spit curses at your abuser while I also inflict sympathetic sorcery on them with candle magick, thorn piercing, doll mutilation, and any other request by you.

We turn the abuses of your enemy against them. The enemy becomes imprisoned by their misdeeds, and liberates you. The abuser becomes more and more absent from your life as they retreat.

I have performed this ritual many times and brought closure to many men and women who suffered chronic abuses, injustices, and suffering in their lives. As a human, you deserve better than that.

A victim is powerless. But together, you will become powerful. Together we will clasp hands and fight for your right to peace and a happy life.