Learn The Ancient Rites, Spells & Demons of Persia With The Ultimate Grimoire Of Dark Alchemy… Become A True Magus Of The Oldest Known Sorcery And Flood Your Life With Ancient Power 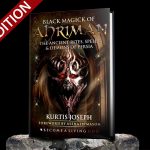 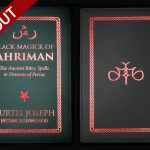 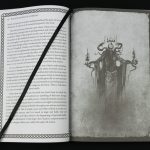 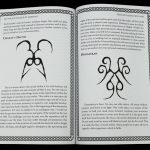 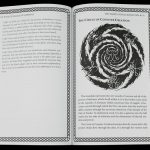 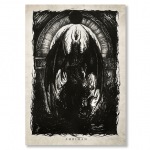 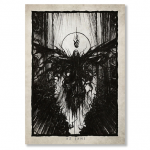 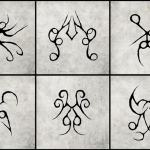 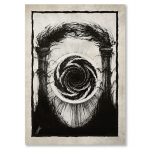 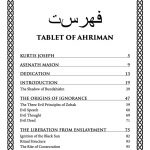 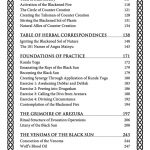 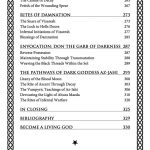 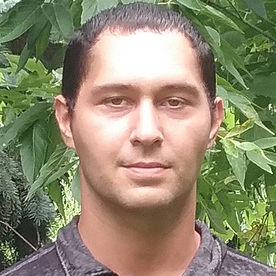 In Black Magick of Ahriman, you will learn:

Availability
Now available in second edition as graphic hardback. First edition of 100 leather prints and 300 cloth prints have sold out.

Special Savings
Save 10% off with 2 or more books.

The scribing of the tome Black Magick of Ahriman was no easy endeavor. It was not a work which was approached as an occult “author”. In other words, it was not a matter of simply researching a pantheon of dark Gods and studying the culture in which they were revered to put a working system of magick between two covers. Instead the process was akin to that of teacher and student in that it was very much experiential. In the beginning, it was not the work I sought out but rather the challenge that was presented to me as I walked into my own dark night of the soul.

As I began to put sorcerous work together regarding the current of the Path of Smoke the results initially blew up in my face. Most of this occurred because of my own error regarding approach as I tried to apply experience I had gained as a dark ceremonial magickian. That kind of approach was simply not compatible with these ancient forces. After much failure, which made me realize I had to get myself out of the way I decided to let the spirits themselves guide me. After all, the path itself belonged to them.

“Rituals presented here are not found in any other books of magic and constitute a completely unique and powerful grimoire.” – Asenath Mason

The work within this grimoire is theirs. It is a product of my initiatory experiences with them. After many years working with Ahriman and all his emanations I had took note of hundreds of operations which simply would not fit within a single volume. Many of these were of a very personal nature. Others simply did not make the cut because too much of my own influence permeated their structure and I wanted to be sure that it was these ancient Dark Gods and their teaching alone which was brought forth through the release of this specific book.

“Kurtis has explored and awoken a Current that will shape the aeon… and at the same time has lit a torch that illuminates a path into the unspeakable. This grimoire and its spirits will send shockwaves throughout the collective unconscious of mankind.” – Frank White

BMOA is unlike anything else ever published. Many will look at the concepts presented as if they are fresh or new. Trust me when I say none of this is new. In fact, it is likely more ancient than any of the religions we know of today. By applying this work, Ahriman and his Divs will flood into your life and guide you in a very personal way. A lot of the most powerful work will not be found between its two covers. In fact, it will likely come from the patrons of the book itself as it is alive and sentient.

The work will prove useful to those looking to gain results regarding sorcery or creating change in their lives, as well as to those looking for a path leading to alchemical transformation. These are two different approaches found within the work (The Paths of DoMar and DeHak) which make up the one Path of Smoke. It will benefit both the beginner as well as the seasoned magickian. The beginner will simply be able to open the book and grow through the process of study and application as they are not hindered by years of programing. The experienced magickian will grow by leaps and bounds through the backward wisdom of Ahriman and his legions and their consciousness will expand in unimaginable ways because of backward understanding.

Black Magick of Ahriman is a very comprehensive tome which covers many subjects which stand as powerful by themselves. However, the wise will after gaining experience be able to weave many of these concepts together to create powerful synergy to increase intensity of result. As the Divs begin to guide you personally much more will be given to you which you will be able to build upon and so for the magickian seeking one path that they can remain devoted to it is found within this book. An entire lifetime of work can be found by those who seek to dig into the depths of this current.

This is also the first book I have seen which takes the offensive toward God himself at the root of his origin through methods of spiritual warfare. As more and more people apply these principles, the effects will begin to liberate the collective consciousness of mankind, not just from spiritual enslavement but also from the physical system of oppression which plagues us. This system of control began with the religion of Ahura Mazda brought forth by the self-proclaimed prophet Zarathustra and it is his adversary Ahriman who seeks to destroy it. BMOA offers many hidden avenues which will open to the wise that can lead to weak links within the structure of the system itself so that it can be infiltrated and overcome.

This Book Of Sorcery Transforms Man & Woman Into God & Goddess

This is a book of sorcery as well as it is a book of personal transformation from man to God/Goddess. Most importantly it is a book of world alchemy which when harnessed by the few can usher in something else. It is a means to bring forth something better. The mundane call it anarchy. The wise call it liberation.

To the darkest alchemy,

Kurtis Joseph From aspiring Christian pastor to hardcore black magickian, I specialize in Dark Alchemy and Ascent with the most ancient Gods & Goddesses of humanity. I am greatly influenced by schools of…
Become A Living God