Sign Up For Your E.A. Koetting's FREE Magick Membership 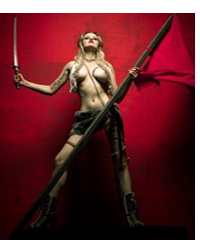 How to Gain Godlike Power 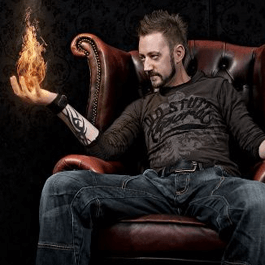 The occult sciences allow mere humans, who are ordinarily the slaves of circumstance and causality, to surpass the normal limits of human potentiality, and to literally become Godlike.

How can you gain these Godlike Powers?

This is a question that I asked myself time and again when I first started on my own path to power.

And the answer turned out to be quite a bit simpler than I’d ever expected.

In fact, it’s become quite obvious that for millennia, those who have held the secrets to power have done all that they can to make the whole subject seem much more complicated than it really is.

The purpose of practical spirituality, of the occult, even of religion as taught by the prophets is to Become a Living God.

The purpose of practical spirituality, of the occult, even of religion as taught by the prophets is to Become a Living God.

By learning directly from Spiritual Masters, I began to uncover a system for attaining and obtaining everything that I wanted. And it was as simple as plugging myself into this system and LETTING IT WORK!

The most foundational principle that I discovered in unlocking unlimited power in my life is that none of this is accomplished by wishing, hoping, or believing.

By learning directly from Spiritual Masters, I began to uncover a system to attaining and obtaining everything that I wanted. And it was as simple as plugging myself into this system and LETTING IT WORK!

There are Three Godlike Powers that, once Mastered, open the doors to your limitless potential, so that you can literally Become a Living God!

1. DIVINATION is the First Godlike Power. It is omniscience. Know anything, anytime! Become all-knowing.

2. EVOCATION is the Second Godlike Power. It is omnipotence. Get anything, anytime. Become all-powerful.

3. SOUL TRAVEL is the Third Godlike Power. It is omnipresence. Be anywhere, anytime. Become all-present.

Now, this is a basic outline of the three traits of godhood: Omniscience, Omnipresence, and Omnipotence. Divination, Soul Travel, and Evocation are the Three Godlike Powers that, once mastered, will allow you access to ALL KNOWLEDGE, ALL PRESENCE, AND ALL POWER. 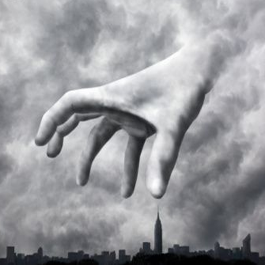 In my eBook “Become a Living God,” I reveal all of the methods of Divination, Soul Travel, and Evocation, and I give you the keys to making it work, in amazing detail.

Why not cut through all of that, and get your hands on the methods and the techniques PROVEN TO WORK?

In fact, all 3 Godlike Powers are simple to begin tapping into. But, you do need to educate yourself about them, learn the secrets that make them work, and then you can start mastering the 3GP for yourself, so that you can BECOME A LIVING GOD!

Click here to get it now: Become A Living God Free Trial

Get the Flash Player to see this video.

How to Become A Living God

Get Your 7 Day Risk Free Trial

You'll learn how to:

How To Gain Clairvoyance, Clairaudience, And Clairsentience

The Magick Key To Energizing Your Chakras


Disclaimer: personal success depends on your work ethic, so results will vary. You should consider all information entertainment, and not professional or medical advice. Mainstream science does not accept magick as real. Use this information at your own risk. If you experience any problems, contact a licensed psychologist or doctor. Become A Living God is not responsible for consequences of your actions. You must be 18 or older to enter.