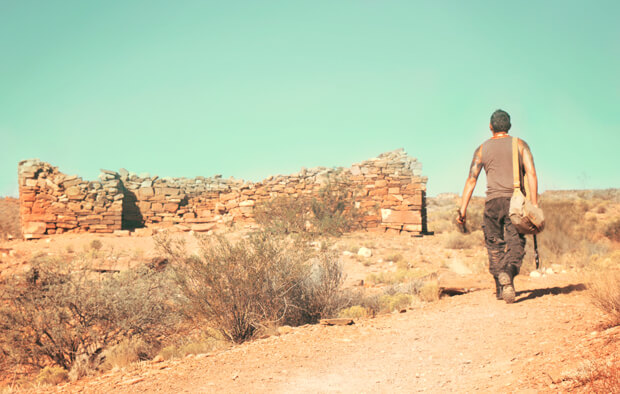 In a recent interview that I joined in on with fellow Vodoun and Santeria Initiate, I asked Brandon Masters about the most disturbing part of trying to learn Haitian Vodoun: The overt racism that keeps anyone other than Haitian natives from the real knowledge of the Lwa. See the interview here.

Even though DePrince was willing to teach me what he knew about Vodoun, he told me several times very specifically that I wouldn’t have access to everything simply because I am white! And the same stands for Hispanics, Asians, and any other.

But, all my experiences with gods and magick suggest that the spirits just view people as people regardless of race. I honestly wonder why the representatives of Vodoun care so much. Well, I know the answer—archaic tribalism.

It seems like it’s nothing more than just in-group, out-group mentality.

All that the racially-obsessed Houngans are really saying by discriminating is, “We’re the in-group and everybody else is the out-group and therefore we’re special and we’re better than.

Seven or eight years ago, I traveled up to Salt Lake City and I was checking out a botanica up there. The lady who was running it could see auras, and she told me that my aura was extremely bright, and she could sense that I had a connection with different spirits. After talking with her for a few minutes, she told me that, in the back of the store, she operated a Quimbanda temple, and she invited me to attend a ceremony that night.

Later that evening I returned to the store to find dozens of people – all of them Hispanic – waiting for the ceremony to begin. As soon as we entered the temple, everyone stared and started whispering to each other. I heard a few people saying things like “F–king white people,” and other derogatory, racist insults in Spanish, which I understood well enough to pick up on such phrases.

A Sympathetic Woman Approached Me To Apologize…

One sympathetic woman approached me and apologized for the other celebrants, explaining “We’ve never had white people in here before.”

The ritual began, and it was filled with beautiful and violent dancing and singing, which opened up a vortex of energy that I could see and feel. Many spirits came down into that temple, and it was all I could do to fight becoming possessed myself.

After the ritual was over, a few more people came and talked to me, expressing surprise that a white person would even show interest in these spiritual works, not to mention taking part in them.

That was my first encounter with religious racism aimed at me from these African derived religions, but is wasn’t the last.

I was warned several times that if I ever visited Haiti, the Houngans there would be able to sense my power and that they would kill me and take my skull, because no white person should be allowed to have too much power in Haiti.

In truth, the Lwa have never commented on my race. They’ve never asked about my ancestry, nor have they ever refused to appear because I am not black, or Haitian. They have come and they have given me all that I could absorb, because I am human and because I have called upon them and asked for their assistance.

Be Forewarned: You Will Suffer Cringe-Worthy Discrimination When You Enter This Current

They will laugh at you.

They will curse you.

They will say you can’t.

To preempt anyone who tries to paint me into a political group or party… I identify as an anarchist only. So do not try to lump me into the tedious left-right political war. I have shared my strange experiences of racism so that I could raise awareness that the spirits do not care about such trivial matters. Rise above the shallow demographics and ascend to godhood.

How On Earth Can YOU Learn Vodoun Then?

On December 19th, I unveil The Complete Vodoun Magick. It consists of The Spider & The Green Butterfly grimoire *and* my Vodoun Magick Mastery video program. Together, they embody the most helpful exploration of Voodoo magick in the history of humankind. As a real sorcerer myself, I filmed live rites in which the Lwa spirits will Initiate you themselves—no priests necessary. Both the grimoire and video program contain 100% real magick only—no filler, no fluff, no occultism, no secret handshakes, no unnecessary anything.

You will discover the fiercely guarded rites and spells of Vodoun with no strings attached. You will form strong relationships with the Lwa so they can affect your life in mysterious and beautiful ways. Sign up right now so you receive 24 hours to preorder in peace before we open it to all magicians around the world.