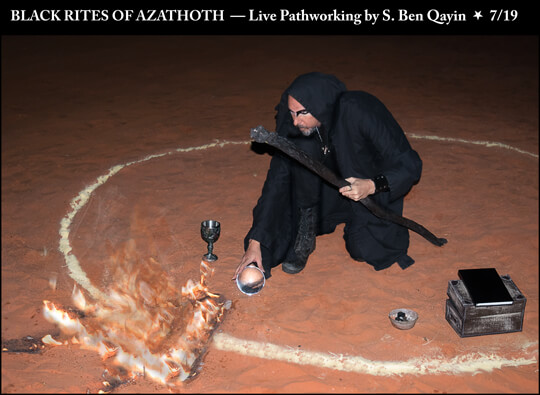 The Black Rites of Azathoth walks you step by step through the rites, ceremonies, and meditations to experience the Old Ones and the magical world of Lovecraft in person for yourself! Watch me perform the beautiful rituals in high-definition cinematic film. But that is not all; I explain the intricacies of every step, and illuminate on the detailed ideas and significance behind everything! 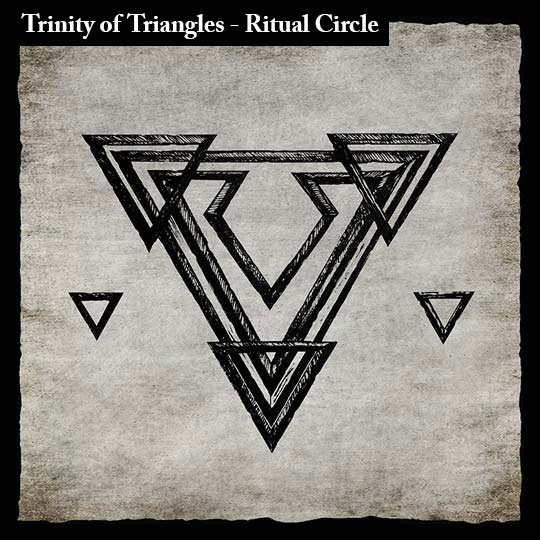 Of Gods and Devils, Specters and Sprites—To What Do I Subscribe?! …An Exclusive Look At My Personal Belief Structure Inside The Consensual Reality Matrix

Many have come to me and asked what it is I personally believe, what structure of the fantastic universe exists within my heart and mind. Of Gods and Devils, Specters and Sprites, to what do I subscribe ? And though I have answered as best I can, I have never truly laid it down into words for the masses to peruse and examine in a detailed way. Therefore, I shall attempt the feat here in a manner that may hopefully be understood on a level of personal connection.

“Order and Chaos are two separate energies that are eternally connected though opposing, as the night is to the day.”

I have found though examining my personal beliefs that I am very Taoist in my views of existence. This is not to say that I am of the religion, as I have added my own understanding and concepts upon its foundations, which has evolutionized or transformed its base concept. The term Tao translates as ‘way’, ‘path’, or ‘principle’. These descriptions are excellent in my eyes, as I believe all existence is conscious energy that is set on a path or structure that is the true way the Consensual Reality Matrix has been designed. Though before I can explain the Consensual Reality Matrix, I must first explain the opposing, yet conjoined energies of ‘Order’ and ‘Chaos’.

Order and Chaos are two separate energies that are eternally connected though opposing, as the night is to the day. As the Taijitu symbol (otherwise known as yin and yang), they cannot exist independently, as they always have a constant connection to one another. It is much like a magnet that has a positive charge on one end, and a negative charge on the other. Both are connected in the middle. Though with Order and Chaos, they don’t so much repel each other, as they in place attempt to consume one another. They are as two tectonic plates of the earth crashing against one another vying for dominance. Though like the tide that ebbs and flows, neither side or energy ultimately succeeds in their aim and goal. As the sea ebbs it gains in strength and ground, but in time the land reclaims its territory, pushing the sea back into its depths. And then the cycle is repeated…Eternally.

This flows into Right Hand Path, and Left Hand Path philosophy. In my reality, the RHP is of the energy of Order. It is of Control, Dominance and Obedience. The LHP is of the energy of Chaos. It is of Freedom, Rebellion and Defiance. From the energy of Order are born consciousness’ such as Allah, Ahura Mazda, Yahweh, Mithra etc. And of course to counter and balance these entities, the LHP gives rise to Iblis, Angra Mainyu, Satan, Mara etc. Each of these beings are a different anthropomorphic ‘face’ of the larger whole. It is as a dragon with many heads, all are different and independent though stem from the same body. And, as these entities emerge from either Chaos or Order, so too does the human race. We are divided by polarity. One does not choose the RHP or LHP, we like the gods, are born to our paths.

Now, in my belief, these energies of Chaos and Order and all their children (us included) are set on a created holographic field that I call the Consensual Reality Matrix. To understand the holographic field theory better, I suggest reading Michael Talbot’s “The Holographic Universe” and Lynn McTaggert’s “The Field”. The holographic field consists of everything in your reality that you consider real. When you look out your window, everything that you see and interact with on an everyday basis is a hologram, people included. And, all the things you can imagine are possible. This may sound ridiculous until you begin to study quantum physics and the qualities of the particles that make up ‘reality’. An individual’s reality does not exist until it is observed by their consciousness. Therefore, each individual creates their own reality that fractals off from the main Consensual Reality Matrix that is shared by all. The magician’s personal reality is called their ‘Grid’. A magician uses magic to alter their personal reality grid.

Both forms of magic are very potent and get results, choosing which type to use depends on the situation and what one wishes to achieve.

This is a rather brief overview of my personal beliefs, these concepts are complex and it takes a bit of foreknowledge to fully understand this structure. However, as I have said so many times, these are my thoughts about my reality, they may not ring true for yours. As said, everyone has their own reality to a certain extent. This structure makes sense to me, it may not to others.

I offer many services which include Tarot Readings, Ritual Work or even Consultations to the black magician in need of such assistance. Please visit my personal page to book your service now, and don’t forget to sign up for pre-order and information for “The Black Book of Azathoth”