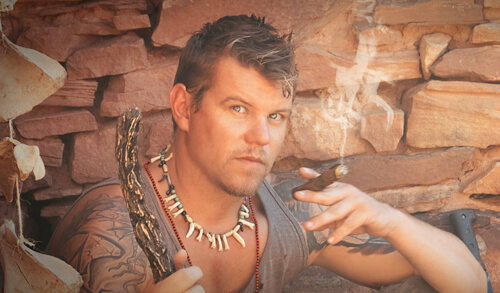 With my recent announcement that in addition to releasing an entire Haitian Vodoun video training course, I will also be re-releasing the one book that I promised I’d never release, you might question what has prompted this decision.

A fellow Black Magician and Santeria Initiate, Brandon Masters, asked the same questions when he recently interviewed me about this release. He cornered me on this release, and demanded to know why I would break my oaths of silence about Vodoun Initiation.

Here is what I told him:

Baron DePrince, the Sorcerer who taught me Haitian Vodoun told me when I initially released The Spider that our agreement was 500 copies only. From what he told me he had to beg, and plead, bargain, and call favors in to get the people in Haiti, the so-called Voodoo Masters, to allow me to put out the first 500 books, and not a single copy more.

I’ve removed all of DePrince’s direct contributions to the book, I’ve honored him for what he actually did do, and now I’m making it right with myself by re-releasing the book with the integrity it deserves.

I am only willing to reprint this grimoire because I personally underwent Initiation by the Loa, and DePrince confirmed it as a third party witness. Nobody can take those precious experiences away from me, so I possess the right to do with the knowledge whatever I see fit. I never supplicated to any priesthood nor asked for help. DePrince came to me originally. I owe allegiance to nobody, except the Loa.

Also, DePrince was very insistent, and the people back in Haiti were very insistent on putting what are called blinds in The Spider & the Green Butterfly. There are instructions in there that will lead the person in circles, because they either won’t be able to complete the task and then they’ll just give up on it. I don’t think that we had anything in The Spider & the Green Butterfly that could cause an urgently dangerous situation, but definitely would nullify the efficacy of it if the person wasn’t able to look deeply into the text and pull on other sources such as official initiation, and what they’ve learned in their Loa House, to work around the blinds.

With all of that said, it has not sat right with me for seven years. For seven years I’ve looked at that book and complained, “It’s so cool and it’s so disappointing,” because that’s not what I do. I don’t put blinds in my work, and I don’t restrict it. I don’t believe in the restriction of knowledge. In fact, quite the opposite.

If I can give this knowledge to everybody, to give them the same weapons and the same tools, it levels the playing field. Then, the Voodoo Masters in Haiti no longer monopolize the power. Then, if they curse you, you’ve got a book that tells you how to counteract it, and now a video course. I feel morally obligated to re-release this. I haven’t just taken the book and edited something on the title page and then sent it to the printer—I pored through and reworked the entire text. I stripped out all the blinds.

Some will claim that the religious tyrants who restrict this knowledge are only trying to protect it. —well, they’re not doing a very good job! They’re not representing themselves well. The message that has propagated across the world about Voodoo, Santeria, Palo Mayombe, is not a good message. It doesn’t make people want to journey to it to find enlightenment, or ascend, or anything else noble. The people who think they’re protecting it have turned it into a joke. Having known these Loa and having transformed into them as they possess me—they’re not a joke at all.

“The Vodoun Priests Are Slowly Killing The Loa!”

The priesthood, the so-called Voodoo Masters, the Voodoo priests, the Mambos, the Houngans, they are taking what’s not theirs in the name and the power of the Loa, and they’re hoarding it for themselves. Once again, they’re not investing it wisely for a better return in humanity. It breaks my heart to say this, but the Voodoo priests are slowly killing the Loa.

I love the system and the Loa way too much to let them pass into oblivion.