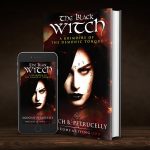 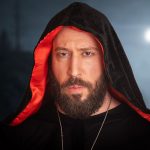 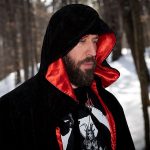 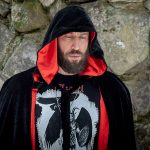 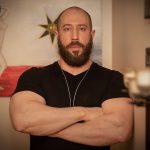 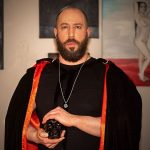 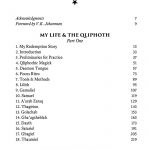 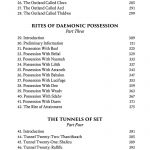 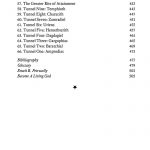 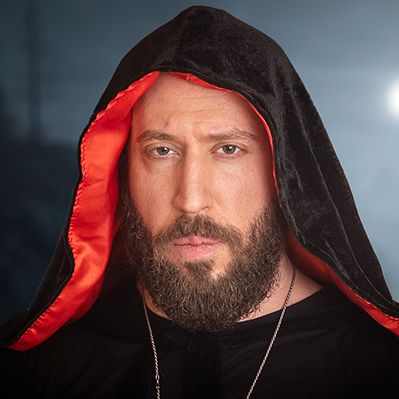 In The Black Witch, you’ll learn:

The Black Witch: A Grimoire of the Demonic Tongue
Add to Cart

For over eight years now, I have performed morning meditation and nighttime ritual every day. This means, I have entered my magick circle, closed my eyes, and opened my soul to the Spirit World over 6,000 times now. Performing magick ritual has become second nature to me, like breathing air.

Please allow me to introduce myself. My name is Enoch B. Petrucelly, but you can call me Enoch.

I Am Not Ashamed To Admit This…

I vividly recall that when I meditated my first time, it felt… forced.

it felt… awkward, and to be completely honest, I hated it and I sucked.

When I performed my first demonic evocation, I worried that my experience had occurred in my imagination only, that it was not “real” and called myself “stupid” for even trying.

In hindsight, I suffered from a psychological condition called: Ritual Anxiety and Self-Sabotage.

So, I considered quitting. Perhaps magick was not for everyone?

Cut to months in the future. One winter day here in Maine, I took a long hike through my neighboring woods. As a lifelong health nut and amateur bodybuilder, I have always viewed the world through a fitness lens. I reflected back on my first time lifting weights — that also had felt forced and awkward, and it even left my muscles sore. It finally dawned on me that an undeniable similarity exists between magick and lifting weights, namely, they both require chronic ritual, i.e., daily performance.

In that moment of epiphany, magick snapped into place in my life — I needed to treat magick like I treated fitness, i.e., let it become a normal part of my everyday life. Over the next eight years, day by day, ritual by ritual, little by little, I traveled farther and farther into demonic evocation and astral travel, to a point where I have now transcribed an entire universal demonic language and charted entire hidden realms of the astral plane.

How Did A Bodybuilder “Meathead” Like Me Receive A Universal Demonic Tongue From Lucifer The Light Bearer? Why On Earth Would Lucifer Channel An Advanced Magick Language Through A Witch Like Me?

How in the hell did I — a weight-lifting “meathead”, a completely “ordinary” male witch as far as I know — inherit a universally accessible demonic tongue from Lucifer the Enlightener a.k.a. the Light Bearer? If you asked me this question eight years ago, I would have shrugged, called you “crazy” and even called it “impossible.” I would have called myself a “liar.”

Here, I will tell you the secret reason why Lucifer gave The Daemon Tongue to me.

Why did Lucifer channel The Daemon Tongue to ME in ritual gnosis?

Because I asked for it.

Let me mirror this question back at YOU now.

Why have YOU not inherited a Qliphothic tongue from Lucifer?

Because you have probably never asked for it.

I know, I know. It sounds simplistic, but it’s true. Many magicians see a closed door and assume it to be locked, whereas I tried opening the door, and to my surprise, it opened wide.

I suspect that I have inherited this tongue mainly because I ASKED to receive it early on in my Qliphothic Gnosis, and symbol by symbol, sound by sound, I channeled this glyphic language and accompanied rituals into my Book of Shadows over several years — this Book of Shadows transformed into a master-grimoire, The Black Witch.

Then, I cross-verified my grimoire-dictionary with other black magicians whom I respect, for example, V.K. Jehannum, and these sorcerers found that it opened entirely new areas of discovery in their ascent too.

And today, I give The Daemon Tongue to you.

The Daemon Tongue is aesthetically similar in feel to the Enochian Angelic Language. It is not however angelic, but innately demonic and universal. It is a revealed language insofar as it was received by me glyph by glyph directly from Lucifer in ritual gnosis over several years. Furthermore, it is a practical Language in that it expresses power in a practical sense, not a social sense. It exists to perform demonic magick literally, not necessarily to socialize with demons conversationally.

Quite literally, the possibilities are only limited by the skills of the witch or sorcerer. As an analogy, it would help to compare this demonic language as a chain of master keys that a magician may use to unlock and empower any aspect of ritual magick.

The language taps into the Void itself and allows one to manifest their will quickly and without a long buildup of energy required as in English invokations etc. The Daemon Tongue gives the initiate immediate and easy access to the Qliphothic Gateways, the Tunnels of Set and the newly channeled Stellar Outland Gates.

The powers that The Daemon Tongue can unlock are limited once again only by the initiate his or herself. For me it is most effective as a tool or transformation and spiritual growth. The witch may gain powerful abilities to alter themselves in any way that they desire. They may alter their very personalities and even gain tremendous Power over their own ascent in the world. This can be a painful process depending on what obstacles are in your path. For me, I had many spiritual and psychic obstacles that I had to overcome. This was very difficult at times, but the rewards are well worth the trouble. The Daemon Tongue shines in the way it opens Gateways into your very self or into any sphere of existence that you can think of. The more power that you gain in this way, the more keys are handed to the Initiate by their Daimon or whomever their demonic spirit guides may be.

The Nine Stellar Outland Gateways have Rulers that I call Outlanders that act as the Gatekeepers, similar to how the Arch-Demons rule the Qliphoth. These Gatekeepers may be evoked and worked with in the same way as the Arch-Demons as well. One may find themselves journeying through time or witnessing the true forms of the Universe around them, they may gain greater power and psychic abilities that become even more active after they access the Tunnels of Set. The Stellar Outlands are related to the Lovecraftian realms as well as the Qliphothic Spheres. They tie the two together in a way never done before to my knowledge.

The Possession work found within my grimoire relies on the use of the Daemon Tongue language to induce possession states. I have selected 11 Arch-Demons and Outlanders whose possession chants are provided in the grimoire. The benefits of undergoing possession are manifold and depend on the powers of the entity whom you are doing possession with. The Witch or Sorcerer is empowered by the attributes and characteristics of the specific entity possessing them; this includes their powers which may be consciously used toward a specific goal during a possession. The possession work found within my book is also very transformative and may alter you permanently, you will never be the same!

The Tunnels of Set

The 22 Tunnels of Set are an often overlooked, but very important part of Initiation through the Qliphoth. They are the connecting bridges between the different spheres of the Qliphoth. Without the initiations through them, the Initiate is not getting the full power and benefits of the Qliphothic Sphere-workings done prier. The Tunnels of Set are what make your newly developed powers more effective and usable in the dayside reality and/or the physical plane itself. Each Tunnel of Set has a Powerful Ruler or Sentinel that may be evoked for safe passage and empowerment through the Tunnels of Set. The Sentinels themselves are no joke, they are quite powerful and capable entities in no way inferior to those of the Stellar Outlands and of the Qliphoth.

Place your order for The Complete Black Witch right now and you will receive EVERYTHING you need to harness full power of The Daemon Tongue, the Outlands, and the Outlander Gateways — AND — eliminate any annoying ritual anxiety that MANY witches and sorcerers face, but never admit.

My 3-hour video course features pronunciations, demonstrations, and face-to-face lectures that will help you to better navigate this master-grimoire. It also includes two free bonus interviews with me by sorcerers E.A. Koetting and Orlee Stewart.

My 100% No-Frustration, No-Anxiety Guarantee — Take Advantage Of My Eight Years Of Daily Ritual Gnosis With The Outlanders

Like a bodybuilder or olympic athlete, I did not reach a pinnacle of gnosis by myself — I have booked many personal consultations with magicians and authors to probe their brains for hidden secrets, unrevealed knowledge, and personalized counsel.

To completely eradicate any ritual anxiety and confusion, you will receive an online course, whereby I will answer many common questions in high-powered streaming videos.

I NOT let anxiety, confusion, or depression disrupt your ascent as it did mine over eight years ago…

I give you my 100% no-anxiety guarantee. I will see you in the course!

Enoch B. Petrucelly Enoch stumbled upon the practice of Left Hand Path, Black Magick, and Witchcraft after a long childhood and young adult life of being forced to be a Christian. When a…