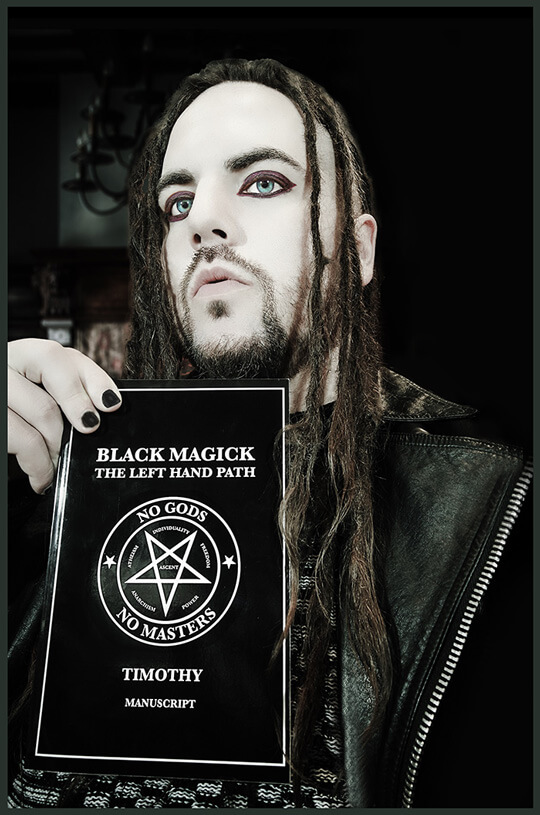 The term satan means adversary in Hebrew, and defines the ethic of satanism itself,adversarialism. It comprises antiauthoritarianism, and denotes rebellion against tyranny, revolt against oppression, emancipation from slavery, liberation from repression, and tribal apostasy in general. In this sense, satanism has become synonymous with political anarchism and rational atheism, as both champion ethical opposition to coercive, involuntary authority. The cardinal color of satanism is scarlet or red, in that it iconifies the willingness to shed blood for ascent. As an aside, satanism does not innately require gothic makeup, horror movies, or black metal music, although those cultural tropes tend to surround the ideology for better or worse—moreso for worse, as those motifs have turned into stigmas that trivialize and pigeonhole the ingenious philosophy as a novelty for angsty youngsters.

The first notoriously satanic philosopher of the modern age, Friedrich Nietzsche—a mantle seconded only by fellow Germans Max Stirner and Arthur Schopenhauer—championed adversity as his supreme virtue. He penned his classic motto in Twilight of the Idols, “From life’s school or war—what doesn’t kill me makes me stronger.” Nietzsche calculated psychological greatness in an individual as the amount of opposing force that the ego can overpower to preserve freedom. In Zarathustra, he defined it:

“How is freedom measured in individuals […] By the resistance which has to be overcome, by the effort which it costs to retain superiority.”

The school of thought that Nietzsche welded together mirrors that of the Left Hand Path, particularly satanism, in such a way that they seem apparently indistinguishable—although under exact comparative analysis, they are not in fact perfectly symmetrical. Moreover, he referred to his own irreverent shotgun literary style as “philosophizing with a hammer.” Page after page he shatters the glass shrines, false idols, and stone fallacies of everything from Christianity and Buddhism, to psychology and philosophy, to tribal nationalism.

Ascent : Will to Power

Adversarialism as an ethic is grounded in self-defense to attain peace in order to ascend to Godhood, therefore empathy sits at the heart of satanism; to cite it in the manner of Nietzsche, the individual egoist overcomes adversity by the will to power and thereby becomes Übermensch, ergo freedom is central to his philosophy. All in all, satanism consists of a twofold magickal praxeology:

1. Possession: to inherit the virtue of a satanic spirit

2. Execration: to curse, exorcise, or vampirize an enemy

The notion of possession terrifies the unenlightened, and poses a credible danger to hasty, incautious fools. Notwithstanding, a satanist can indeed undertake possession safely and lovingly, as long as they partner with an honorable spirit…

Reserve Your Spot For Leather Edition