Become An Apprentice Of The Dark Gods… Learn The Secrets Of Azazel, Beelzebub And Ningizzida In The Left Hand Path’s FIRST Live Pathworking 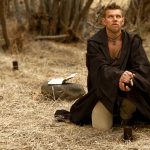 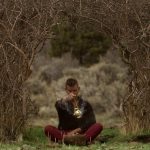 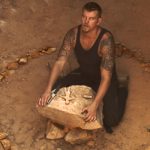 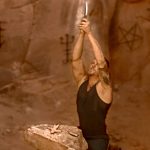 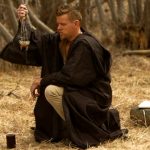 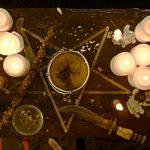 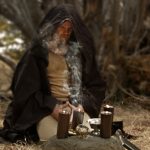 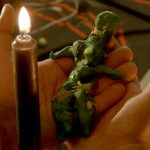 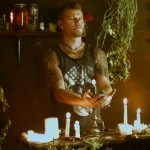 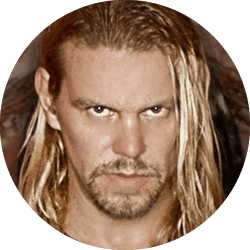 In Black Magick, you will learn…

Payment
Use a valid debit or credit card. You may also use PayPal. To do so, click the Watch Now button and select PayPal at checkout.

Have you ever heard any of these batshit crazy lies?

Let us be honest, regardless of whether you align with the Left or Right Hand Path, you know in your heart of hearts that those hateful slanders amount to nothing more than exaggerated fear-mongering by people brainwashed into the Judeo-Christian paradigm of religion.

Quite frankly, the propaganda they circulate about black magick has reached such a level of absurdity, that it has become comical!

The Left Hand Path Has Experienced More Fear-Mongering Than Any Other School Of Thought In The History Of Humanity… Why?

The very existence of the Left Hand Path threatens the faith of religious believers, because it reveals ancient monotheism to be a complete and utter fraud. Therefore, they will go to their graves cursing and disseminating falsehoods about the true nature of black magick.

Inquisitions, jihads, genocides, rapes, murders, slavery—the Left Hand Path exposes all religion as a toxic illness that plagues humanity. For this reason, priesthoods and their militant congregations will do everything they can to extinguish a threat, because if they fail to do so, they will fall into extinction.

If Sorcery Is Not Pure Evil, Then What Is It?

Sorcerers make up a truly unique breed of humans who exist in defiance to conventional mainstream culture. For example, they tend to be atheists and agnostics, but also acknowledge the existence of the supernatural and friendly spirit beings who reside on the astral plane. Sorcery, in a nutshell, simply means the act of causing astral forces to effect this physical plane. Thus, many sorcerers devote their time to idolizing certain astral beings who help their Ascent in this physical life, and beyond.

To clarify, we may volunteer to idolize specific spirits, but we do not worship them. In no way, shape, or form, does a healthy black magician regard an astral being as their master or god—unless they did so willingly as if in a role play relationship.

Why The Left Hand Path Instead Of The Right Hand Path?

Whether they like to admit or not, the Right Hand path is just another monotheistic religion born out of the Middle Eastern desert tradition. They generally believe in a creator god, and have faith that it rules the universe under a divine cosmic law, be it karma or a threefold rule. They obey, and believe that if they do magic the right number of times or in the right way, that they will commune with the godhead. They call it gnosis.

Their fatal flaw is that absolutely none of them can give any evidence that a creator god or divine law exists. Ergo, we black magicians consider their faith to be a dead end, a futile waste of time—like every other religion.

The Left Hand Path differs from that fundamentally, because it does not seek to unite with a godhead, but rather for each individual sorcerer to become their own god. And we utilize black magick in order to do so. The ethic of Godhood in black magick stands as a metaphor, not a literal belief in god. It denotes the mission to become the greatest version of yourself that you can.

To become a living god, means to become your ideal self. We refer to this journey to godhood as Ascent. In this sense, we are all about the journey, not the destination.

Do you understand now why we black magicians roll our eyes at all the crazy slanders we receive? Because they clearly have no comprehension whatsoever of our school of thought!

What Black Magick Can I Do To Ascend To Godhood?

It will not surprise you to discover that traditional religions and white magicians generally consider everything we black magicians do to be “evil” and “dangerous” and “demonic.” As I already expounded, they do that for ideological reasons. In reality, very few of them have ever tried any of our praxes for themselves. In other words, they speak from ignorance, like a picky eater who claims a good food tastes bad, but has never eaten it. Also, by the way, demon is merely a term for any spirit that preexisted Judeo-Christianity; it is quite literally a racial slur that monotheists use against polytheistic spirits.

In point of fact, sorcerers enjoy the most powerful, intuitive, and intimate praxes in the entire field of magick.

Of course, the most infamous and misunderstood praxis of sorcery is spirit possession, whereby the magician and astral being agree to merge together in a cerebral and corporeal partnership. A lesser version of this ultimate union is evocation, whereby the magician calls a spirit to their presence to form a pact or agreement. We form alliances with these entities in order to inherit their virtues, character traits, and powers; and to honor them, we give small tributes, or sacrifices. We call this idolatry.

This does not mean, however, that we wish to sacrifice infants. No rational sorcerer would tolerate a spirit who asks for such a psychopathic and unnecessary tribute, nor have I received a request for that specifically—probably because I tend to avoid psychotic beings in general, be they human or spirit.

Not all acts of magick require the participation of a spirit. For example, a black magician may wish to view events on the physical plane at a distance, or receive important knowledge about significant others, or discover hidden truths about their own personality. We call this inquiry for knowledge divination.

Times exist when a sorcerer would like to employ the astral forces and beings to affect a chain of events as it unfolds on the physical plane. Perhaps you would like to fall in love, or would like help with a legal battle, or could use an economic advantage, you can do so. There is nothing morally wrong with harnessing your will to create the world you want. Magick as an astral force is available to all humans, therefore it is both fair and egalitarian for you to utilize it for your own sake.

White magicians despise the idea that a free sorcerer might like to employ magick to raise the quality of their physical life—instead of worship their godhead. They call it “selfish” and “materialistic” and try to shame us for being independent.

The big bad secret of Black Magick is that there is no secret… the Left Hand Path has nothing to hide.

In the Left Hand Path, we champion and support anyone who “becomes a god” in every area of their life: physical, sexual, relational, economic, psychological, and so on. Put simply, the Left Hand Path does not judge how you choose to perform magick. We honor individuality foremost, and thus tolerate your free will, so long as you do not infringe on ours.

Do you see the beauty and genius of black magick yet? The “dark secret” of sorcery is that there is no secret. White magicians and religious believers have manufactured a scary mystique around us to distract you. The truth is, we have nothing to hide.

Are You Ready To Deindoctrinate Yourself, And Become The God You Were Born To Be? …Because I Have Created The World’s First Complete Pathworking Of The Left Hand Path, And Recorded It Live For You To Watch Wherever And Whenever You Want

I have devoted my entire life to the Left Hand Path. I discovered it early as a teenager, and have over 20 years of experience with the most powerful praxes. I jumped in with both feet as a young man, in fact, my first rituals were demonic evocations. I had no idea what I was doing, and loved every minute of it. But to be honest, it became very difficult to find concrete knowledge on black magick back in those days; everything seemed to be mired in theistic white magick and the tedious politics of occult fraternities.

You do not need to struggle alone for years like I did before the internet and digital video became popular. To make your experience as streamlined as humanly possible, I have written, performed, and filmed a completely comprehensive pathworking of black magick, full of insightful lectures, walk-throughs, and live demonstrations. I often sit back and wish that I had possessed a gift like this when I commenced my journey. It would have saved me from a decade of stress and thousands of dollars on deceptive grimoires.

I vow that this entire program contains 100% pure juice—no artificial or toxic additives.

And if you have any questions at all in the middle of your pathworking, just drop by my forum and we will tackle your questions, or book a personal consultation with me.

Because I want as many people as possible to benefit from this program, you can save 50% off during Summer Savings. I’ve lowered the tuition to only 1 easy installment of  149.50… and you can watch my program online from your computer, smartphone, or smart TV.

There comes a time in every magician’s journey where they need to open the gates of ascent for themselves… I can hand you the key, but I cannot open it for you.

You need to do that on your own. So go ahead, click Watch Now to get started, and I will see you in the pathworking!

P.S. And The Best Part… I Will Never Force You To Join A Church, Temple, Priesthood, Order, Cult, Brotherhood, Fraternity, Secret Society, Or Coven… This Is 100% No Strings Attached

I always hated being forced to pledge allegiance to a church or temple in order to learn black magick. It always felt awkward and fake to me, because I possess such a free spirit. Why can’t magicians study and share knowledge without selling their soul to a medieval feudal organization? For years, I traveled like a vagabond from cult to cult just to piece together a coherent framework of sorcery. To be brutally honest, many of the “priests” and “priestesses” in those churches were nothing more than delusional psychos who love the idea of people submitting to their political power. They wasted more time fighting over hierarchies and pompous titles than performing actual magick!

My Black Magick: The Left Hand Path program provides you a much-needed alternative for enlightening yourself with the most powerful sorcery known to humanity. I will never EVER require or insist that you take a vow of silence, or pledge your life to a secret society or fraternal order.

Quite the opposite, I invite you to study Black Magick top to bottom, all the way through, multiple times. And then tell all your friends everything you learned, so that they too can become a living god. I could not care less if you stand on a roof in the middle of your city and shout out all the “secrets” inside this program to everyone below.

Knowledge of the Left Hand Path is becoming common and accessible to free humanity whether the elitist priesthoods like it or not. And when it does, their ivory towers will come crumbling down.