Opening Magickal Gateways Will Allow You Full Access To The Spirit World… But It Can Also Give Spirits Access To Our World Too! 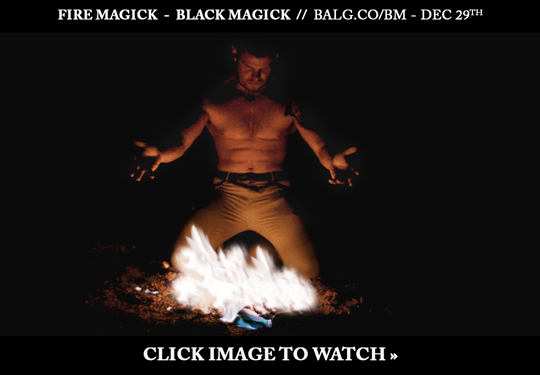 Early on in my occult education, I came across the concept of magickal gateways:  portals that a sorcerer can open between the spirit world and the physical world.

As I researched these gateways and as I experimented with them, I discovered that there are several types of portals between the worlds.  The most obvious are those that are detailed in some grimoires.  These are drawn on the ground, and are magickally opened through rituals that awaken the inscribed gateway as an opening to a bridge between the worlds.  Stepping inside of the drawn gateway and awakening your astral vision, you will see the lines of the gate around you glowing, and as you look towards the sky, you will see the gateway above you, ready for you to travel through it to the other side.

Another type of portal is a natural gateway, usually found in the wilderness where the separation between the worlds has for some reason grown thin.  These will usually feel like “cold spots,” and when you step into the vortex of the gateway, winds will arise and a sense of falling will overtake you.

Gateways are also formed between the worlds accidentally, or unconsciously, when certain spiritual or highly emotional activities are repeatedly performed in the same place over long periods of time.  These gateways almost always lead to “kingdoms” or regions in the astral plane which are connected to the practices of the people who created these gateways.

The flow of energy through these portals is not one-directional!

When astral gateways are opened, this world is flooded with energy and with entities from the other side.

This makes the practice of using such gateways very interesting to the sorcerer, as they not only will allow him to visit the world of the spirits that he wants to work with, but these portals allow those spirits to enter this world by the legion, which can be very useful for the sorcerer’s most powerful spells!

In fact, because of their special knowledge and skill with opening astral gates, ancient magi were often referred to as “Keepers of the Gate,” and were tasked to always be on the lookout for open and unguarded gates, and to do whatever is necessary to close them, so the beings from the other side don’t overtake our world completely.

The most powerful of these magickal portals, though, are often overlooked.

1.FIRE is a manifestation of power itself, and is the gateway to the forge of creation.  The Godlike Power associated with the Fire Gate is Omnipotence.  When fire is opened as a gateway, your ritualized desires will begin to materialize and reality become transfigured. Candles, torches, lamps, and bonfires can be used as the physical medium from which the gateway will arise.

2.WATER is the manifestation of spirit, the ether, the field of consciousness and essence in which all things exist.  The Godlike Power associated with the Water Gate is Omniscience, and immersion into its essence will allow you to see the unseeable and know the unknowable.  In ritual, a cauldron or chalice of water can be used to access the portal of Water, as can a scrying mirror or quartz sphere.  The best place to open this gate, though, is near naturally running water, like a river or stream.

3.BLOOD is the manifestation of the self, the Omnipresent manifested in a unique form in a physical embodiment.  Opening the Gateway of Blood, through sacrifice, blood offerings, or sex rites will open a gateway to yourself, to your own abilities, potential, and your own Godlike Powers!

I’m teaching Sorcerers across the world how to open these gates, to reap the full rewards that the spirit world has to offer on December 29th in my Black Magick: The Left Hand Path training course. To get signed up, and check out my latest video on Black Magick to learn how to open the Gate of Fire, click right here:

Open The Gate Of Fire »