The Ancient Gods Of Sorcery Reveal Themselves & Teach Their Secrets!  Take Advantage Of This Comprehensive Education In Black Magick NOW! 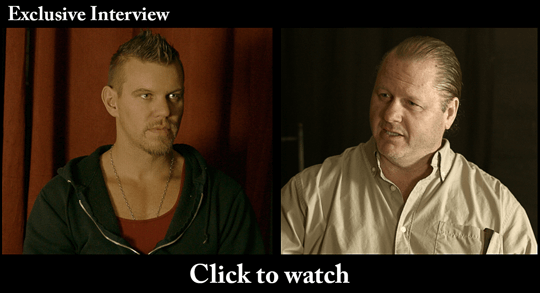 As I began filming the Black Magick Mastery training course, I was instantly aware of the fact that this would not be my work alone, nor would it be solely the work of those that I partnered with to make it.

What I didn’t know going into this is that there are forces and beings waiting on another dimension influencing me, guiding me, and even intervening in the physical world around me in order to have a hand in the making of this course.

Once this Black Magick course was finished, my assistant Doug and I sat down and went through the course, section by section, recalling the experiences with each and every ritual performed, with all of the instructional segments, and even with preparations for filming, that vindicated the supernatural presence during every step of this Mastery Course.

Check It Out Right Here

The Ancient Gods Told Me How To Contact Them & Use Their Power!

At one point, Doug asked me how I came to know this most ancient sorcery, and how I discovered the methods of calling upon these Ancient Gods in the first place.

My answer: The Ancient Gods themselves told me!

The truth is that they have been guiding me for quite some time, now.  In actuality, the ancient sorcery that I teach in the Black Magick course possesses a consciousness, and a will, and its power is returning to this planet after centuries of slumber.

Awaken the two-headed serpent within, and awaken the ancient gods in your life!  Sign up for the release of Black Magick Mastery training course now: