Become An Apprentice Of The Dark Gods… You’re About To Learn The Secrets Of Azazel, Ningizzida, and Ba’al Zebub In The Left Hand Path’s FIRST Live Pathworking

For a year and a half now, I have dedicated every day of my life to the creation of a completely comprehensive pathworking on Black Magick. As far as I know, it stands as the first one to ever exist in a straightforward, accessible video format for anyone, anywhere, anytime to view—no strings attached; no vows of silence; no pledge of fealty; no lifetime commitment. Not only that, but if you think it sucks, just give it back, and we will divorce each other immediately, no questions asked.

If you would like to just watch the pathworking right now, and skip my elongated musing, then click the button below. I have released about 13 videos that reveal features and highlights cut from it, so you already know what it entails. Also, since you are an early bird, you will receive 20% off—a philanthropic gift available until January 6th. 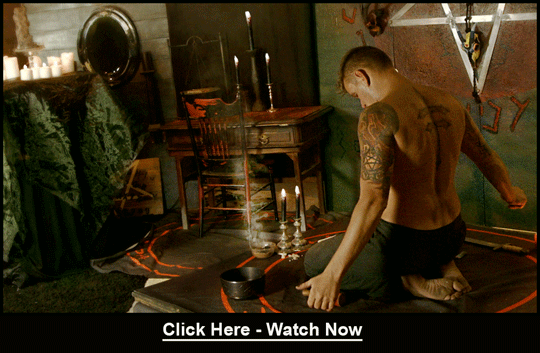 This has literally turned me into the most hated man in magick. I probably have suffered more slander, insults, and toxicity than any magician ever, including the oft-maligned Aleister Crowley. I have desperate keyboard warriors threatening to murder me, trying to intimidate my girlfriend, cursing my young daughter, and doxing my home address.

If everyone needs me to be the martyr, or heel, or scapegoat, or whipping boy, or bad guy, in order to escort magick into its inevitable Age of Enlightenment, then I accept my fate happily. This program, BLACK MAGICK: THE LEFT HAND PATH, embodies the essence of this mission. It acts as the penultimate incarnation of this raison d’etre.

It is my fiery heart on film.

I *wish* this mastery training course existed for me when I jumped into magick with both feet originally. It would have saved me about a decade of wasting time in absurd cults and priesthoods full of psychos who suffer from comical delusions of grandeur.

I Absolutely LOVE Magick, But Totally HATE The Occult… No, They Are Not The Same Thing—They Are Diametric Opposites

Think about this for a moment… people literally found cults, and require inferiors to submit to their political will, and call them pompous titles like “Grand Master” and “Illuminatus Excelsior” for years just to receive a bit of knowledge. LOL

It is called the occult—cult being the critical root there.

In this sense, I am anti-occult. I absolutely LOVE magick and LOVE magicians, but cannot bear the pomp and circumstance and elitism of occultism. Because it is 100% unnecessary and outmoded; we need to leave it behind in the Middle Ages from where it came. It throttles and bottlenecks our evolution. We reside in an era when we can trade diaries and experiences and grimoires in a milisecond, but yet dinosaur priesthoods still insist that we kneel before them, kiss their rings, and undergo years of initiation to finally inherit a body of knowledge.

I actually consider magick and the occult diametric opposites. Occultism does everything it possibly can to hide, cover up, suppress, repress, and gatekeep. Whereas magick as a force acts to individualize, liberate, empower, and maximize.

Our school of thought is called BLACK MAGICK, not BLACK OCCULTISM.

So this, friend, is the ethical reason why I labored day in and day out to write and film the world’s first comprehensive video pathworking for the Left Hand Path in history. I figure that if you watch the program, you might like to know why I created it in the first place.

I sincerely believe that when we finally leave occultism in the past, our magick will accelerate into the future at full speed. Anyway, to watch Black Magick: The Left Hand Path, click right here:

I’ll see you on the next page…