You Can Use Contagious Spells To Plant A Magickal Minefield…Why Do Most Sorcerers Overlook This Amazing Ritual? 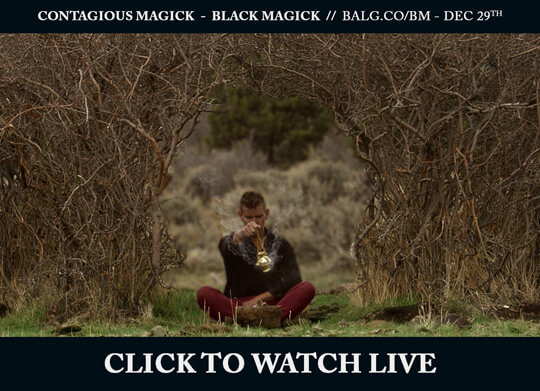 One of the hard lessons I’ve had to learn about magick is that it really isn’t as difficult as it is made out to be.

In reading most grimoires, or even so-called “instructional” books on magick, I almost gave up on the occult altogether.  It seemed like I would need an Ivy League education to make sense of some of the equations of astrological confluences and spirit sigil gematria.  On top of being terrible with numbers, I was also worried that I wouldn’t be able to memorize the initial orations, the spirit invocation, the declaration of constraint, and the license to depart.  And, I was sure that I would mess up the order of the descending hierarchy when it came time to threaten a spirit in the name of its superiors, and I’d end up commanding the demon to obey me in the name of “Shaddai El Chai” instead of in the name of “El Elyon,” and the demon would eat my soul on the spot.

I learned how to calculate celestial factors when preparing for my ritual, I found ways of memorizing endless prayers and conjurations, and once i got to know the personalities of the spirits, I discovered that threatening them is a stupid thing to do.

What I really wish I could have learned right at the beginning, though, is that none of that stuff matters!

After obtaining dozens of initiations in scores of occult lodges, I finally started to realize that none of these silly accoutrements are what makes magick work.

Stop Listening To Others & Start Trusting Yourself!

What makes magick work is you, the magician, interacting with the magickal current through its manifestations in the natural world around you.

After working with tablets and squares, sigils and pentacles, I finally learned that the most powerful rituals are usually the simplest rituals.

If you feel like you need a wand, instead of buying a manufactured dowel, sanding it smooth, and painting the colors and inscribing the names of a slave-god on it, I guarantee that you’re going to get a better result by going into the wilderness and letting your intuition guide you to a tree, to a specific branch that you should cut, and there in the presence of the spirits of the land, air, water, and flame, masturbate with the branch in one hand, pushing the energy of your orgasm into it, and then anoint your new wand with the fluids of your sexual release, along with a few drops of your blood.

When you stop listening to what other people have to say, and instead start listening to what the Voice of Magick is telling you through your own insight and intuition, you will be guided in the most perfect pathworking to power.

Challenge:  Decide on an effect you’d like to make in your life.  Grab a small sack or even a handkerchief and a piece of string to use as a spell-bag, and a sharp knife, and make your way to the wilderness.  You will need to walk, drive, or bicycle into nature until you don’t see another person for quite a while, and you will need to stand outside and not be able to hear any cars, stereos, voices talking, machines beeping, or even electricity moving above your head.  You need to go into the wilderness, because that is where the spirits are.

Take your bag and your knife, let go of everything that you have been taught, and ask the spirits, or ask magick itself to guide you to the plants, animals, stones, fungus, or spores that you will need for the ultimate ritual to create your desired effect.  And start walking.

Follow your intuition towards the places you need to be, to the things that you need to see, and begin collecting the ingredients of your spell in your bag.  Leave your phone in the car, or better yet, leave it at home… you are learning how to listen to your own omniscience, not how to crosscheck the Voice of Magick with a thousand websites all repeating fallacies invented by one person centuries ago.

Once your bag is filled with what it needs to be filled with, sit down in the most powerful spot that you see, hold your hand over the bag, and consecrate the combination as your spell, giving birth to the thing that you desire through the union of the things that you have collected.

The words of your invocations and commands will come to you in the moment that they are needed, and true power will flow from your body into your spell-bag.  Thank the spirits in gratitude for their help, and return to the world of men to reap the rewards of this ritual.

This is going to be a difficult challenge for a lot of people, only because it centers around trusting yourself rather than trusting someone else.  Many more people would take this challenge if I told them which plants and rocks and fungus to collect, and if I told them what the words of the conjuration should be.

If you’re going to walk the path of the Black Magician, though, you need to trust yourself more than you trust me, and more than you trust anyone or anything else.  You are the All-Knowing, All-Powerful Eternal being, you are God in the flesh.  I am only that which you have summoned forth to point you down the path that you are walking.

Your Ritual Will Give Birth To A New Spirit… The Spirit of Your Spell!

The ritual above is what is called “Contagious Magick.”  The different ingredients all possess unique magickal properties on their own, and when combined, the energies of each item infects the other items in the bag, mixing and melding, the spirits mingling and joining until a new spirit arises, which is the spirit of your unique spell.

Once you get back to civilization, it can be fun to research what you have collected, as a validation for the conscious mind, and you’ll probably want to record these items in your journal, as there are very few resources with this kind of knowledge, since the whole magickal world has been wholly focused on things that don’t matter for the last few hundred years.

This spell-spirit will dwell within the pouch of combined elements and its power and presence will radiate from it, infecting everything in its immediate environment with the energy and activity fixed into its being at its creation in your ritual.

Such contagious spells can be used to harm others by putting a baneful spell-bag in your enemy’s vicinity, or it can be used to heal sickness by placing an absorbent combination under the patient’s bed.  There are as many ways to use this magick as you can imagine, and you wouldn’t imagine how powerful this can be when you use it!

Many modern occultists overlook rituals like this one, claiming that it is “too simple” to be effective, and dismissing it as “folk magick.”

These simple and intuitive rituals are those that I use most often, and they are used by every truly powerful sorcerer and witch that I know.  We don’t turn to these rites of the Old Craft because we haven’t bothered to learn modern magick.  We have mastered modern magick, we have dominated it, and we have found it lacking when placed side-by-side against the magick that has been used for millennia.

And click the link below to watch an exclusive video in which I take on the very same challenge that I am leaving you with in this letter!