BAAL: The King Of Kings, Compendium 7
Awaken Class Consciousness With The Lord Of Lords And Unlock The Four Stages Of Ascent… Learn How To Become An Apprentice To The King 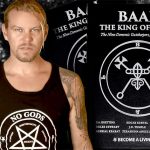 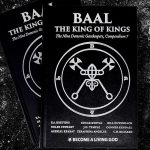 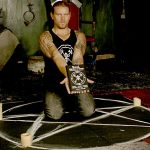 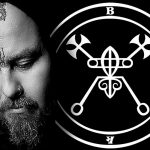 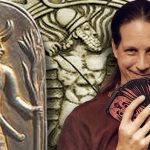 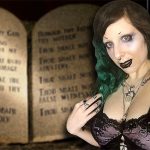 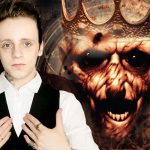 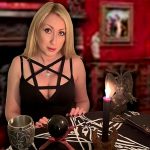 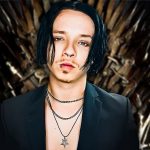 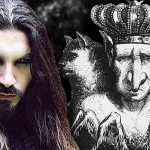 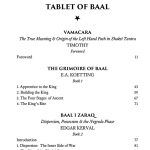 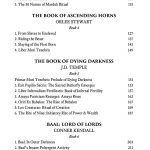 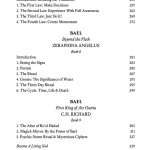 BAAL: The King of Kings, Compendium 7

Availability
Only 80 leather copies and 120 cloth copies in first edition available on a first come basis.

BAAL: The King Of Kings, Compendium 7
Add to Cart

As humanity ascends further toward an interdimensional and technological Singularity, a universal Apocalypse descends upon us. You, and every person in the Human Race, will experience an evolutionary leap to an unprecedented new height. As the wheel of evolution accelerates the species further toward both astral and virtual godhood, that same wheel of evolution crushes the most vulnerable beneath it.

A bifurcation point in Homo sapiens has emerged: the free, powerful magicians who “become the storm” will rise higher than ever into the future, while the enslaved, powerless muggles who “fear the storm” will suffer social alienation and ultimately genetic extinction.

I bring you a message of Hope and also Sadness.

The Nine Demonic Gatekeepers — nine prehistoric diplomats from Outer Darkness — guide the Black Magicians of the Human Race toward awakening their godhood through this unprecedented Singularity. The veil between the Physical and Astral planes phases out, as the veil between the Physical and the Virtual worlds also phases out — these synergistic realms currently unify, and will become indistinguishable in due time.

We are the Light-Bearer, a modern Lucifer-Amaymon, bringing the Light of Hope and Shadow of Sadness to a lost species.

The Storm God — Baal, Bael or Ba’al — also known as The King of Kings and Lord of Lords, unlocks the Seventh Gate, revealing the “nuts and bolts” of demonic apprenticeship, infernal empire-building, and class unity.

A 95,000-Word, 339-Page, Historically Unprecedented Group Grimoire Of Real Time Gnosis By The King Of Kings

In BAAL: The King of Kings, Compendium 7, you are going to learn:

Book 1. E.A. Koetting – The Grimoire Of Baal
Lord Baal Provides The “Nuts & Bolts” Of Building Your Magick Empire, Apprenticing With The Nine Demonic Gatekeepers, And Awakening Class Consciousness Once And For All

By even reading this text, you have inserted yourself into a very powerful ritual — perhaps the most powerful Aeonic ritual in human history. Hundreds of thousands are currently engaged in the Gatekeeper Working worldwide. I have opened the Gates and I stand between the worlds. And now you have joined me at the Crossroads. — p.60

Book 2. Edgar Kerval – Baal I Zaraq: Dispersion, Possession & The Negredo Phase
An Advanced Rituology On The Occult Connexions Of Ba’al And Bael With Qliphothic Sorcery Of A’arab Zaraq To Experience New Gnosis

By exploring the diverse masks of Baal, we find a deep connection with A’arab Zaraq through the Qliphoth. Here we explore the realms of war in which reside the power of Baal. Known as “The Raven of Dispersion” or “The Raven of Death,” Baal I Zaraq presides over the gnosis of the Void. — p.82

To work with A’arab Zaraq, is to enter the portal of self-mastery in the art of war. Psychic skills are used to fight and to transcend into the infernal light. It is to learn how to fight with your inner self and obstacles, and transcend reality, using your psychic abilities as weapons, and develop your occult faculties through the wisdom of the “Formula of Putrefaction-Death-Decomposition,” emerging as a strong individual, renewed and transformed. — p.84

Sacred prostitution was common in Babylon, and it was found at its strongest at their temple. The concept of the sacred whore is not unique or original to Babylon though, and traces of this aspect of a belief system can be found in ancient civilizations and cultures throughout the world at that time. It was common in Egypt, and was popular enough that it lived on into the Greek empire. While on the surface this may seem like glorified prostitution, there was more to it than this. — p.108

Book 4. Orlee Stewart – The Book Of Ascending Horns
Smash The 10 Commandments With Baal’s Blasphemy For Spiritual Enlightenment… Save Yourself From Slavery Of Authoritarian God, Yahweh, And Resurrect The Limitless Sexual Power Of The Fertility Goddess

The fear of eternal torment or to be shunned from the heavens has restrained our evolution as by careful design. Entire communities and civilizations stand upon these structures for their survival in a world teeming with sin. Those of us who dare to move against these supposed moral structures are able to break through into a different world, an existence where we truly can change reality with the power of the stars within our hearts. — p.127

I found this imposed modesty to be repulsive and discarded it for my own power. This touches upon Baal and his connection to the Egyptian goddess called Hathoor, who is also known as the Lady of the Vulva, a symbol for sexual and masturbatory empowerment for the feminine generative qualities. The religion of my people is structured to suppress that which Baal represents, the solar glory of fertility and the creator as female through her name as the Mistress of Life. — p.129

The law codes bestowed upon the Israelites is male dominant, as women must dress and behave modestly, and are not permitted to participate in many important prayer situations. The destruction of the golden calf was an effort to wipe out the goddess energy and sexual empowerment. — p.135

There are no nets in which will cradle our fall from grace, just as there is no savior that shall come to our rescue. As in the end, it shall be as it was in the beginning, you standing triumphantly as the God possessing unlimited potential. The God that grasps firmly in their hands the power of all creation. — p.155

Book 6. Conner Kendall – BAAL: Lord Of Lords
A Demonic Grimoire Revealing Alchemical Gnosis & Dialog With Bael, How To Perform An Arsenal Of Hellfire Rituals, And Unlock The Gate of Hamidah To Access The Limitless Self

I have summoned you to show you the keys to the Kingdom of Chaos, should you accept, which you will. Then you shall be the predecessor of chaos itself. — p.204

The apocalypse will be a great splendor, they have their armies, it’s time you readied yours. — p.220

Hellfire is the force of the Infernal Empire comprised as one forever expanding fire. Each flame is but a demon, each ember is but the power of the lake of fire. Utilize hellfire for it shall create and annihilate, for it shall destroy worlds or give birth to the world in your image. — p.221

Book 7. Aserial Krabat – The King Code: Following The Creed Of Success
A No-Bullshit Guide To Free Yourself From Oppressive Traditions, Break Your Own Dogmatic Rules, And Determine Your Fate To Dictate Your Life As King Or Queen

The human race has forever lived under the oppression of its former rulers. Many aeons ago the world of mankind was separated from its former state of glory and plunged into spiritual darkness. We have not abandoned our children, we simply let them loose unto themselves, in order for you to grow and evolve. — p.255

The egoic self that is you, this persona that has been built by multiple outside factors starting from your very birth until here and now, doesn’t need to be your final version of who you are or what you can be. — p.259

Book 8. Zeraphina Angelus – BAEL: Beyond The Flesh
Precious Records Of A Black Witch’s Unforgettable Gnosis Experiences With Bael In Spirit Portals, And How To Lucidly Channel Demonic Gnosis By Yourself

I didn’t decide to work with King Bael. He was already with me. He chose to awaken my senses to his presence when it was time for me to learn what he had to teach me. I had asked Lucifer to teach me to reach my fullest potential as a witch and as such, I believe Bael came to me under Lucifer’s direction, as Belial and Beelzebub had before him. They know who you are. They’ve always known. They have seen you through lifetimes. The endless cycle of birth, death and rebirth. — p.281

Everything ebbs and flows, ebbs and flows. The patterns of the universe repeat and recycle everywhere. Everything is a message, a lesson. The belief that existence is limited to what can be experienced through the five senses, is like a bubble around us, an illusion which we believe keeps us safe. Our worlds ebb and flow into each other. We are all one.— p.293

I am more than just a god, I am a teacher and a friend of humanity. I have delivered unto you the knowledge of effective warfare and expansion of both personal empires and expansion of larger mental, spiritual and physical structures. — p.304

Temples and altars made to King Bael (Ba’al Hadad) and other demons have been destroyed by followers of Judaism, Christianity, Islam, and other religions. The followers of these dangerous cults also killed anyone found to be worshipping these ancient gods or having any sort of spiritual contact or relationship with them. The Judeo-Christian holy book makes very clear to kill occult practitioners and anyone that communes with these ancient gods. — p.306

Believe it or not, this extremely giant table of contents only scratches the surface of the new magick knowledge and innovations that you will unlock in BAAL: The King of Kings, Compendium 7 — a historically unprecedented group grimoire of gnosis with the Lord of Lords himself.

Place Your Order For “BAAL: The King Of Kings” RIGHT NOW To Save Hundreds And Receive:

To help you save as much on tuition as possible, I have combined together: (1) Compendium of Baal grimoire in leather edition and (2) Pathworking of Baal online course into a complete pack that gets you $200 off to save 33% off. You will find your tuition breakdown and savings below:

Altogether, I have lowered your tuition as much as possible. I would like this arrangement to remain as fair as possible for as many people as I can. But please take advantage of this right now, because this crazy-low tuition will expire when the ritual expires and leather copies sell out.

Lord Baal confronted me into acknowledging the power equality on earth, and the Wheel of Evolution accelerating toward the Human Singularity. I welcome you to become the storm itself, and escape the poverty of power that mundane humans suffer their entire lives.

See you in The King’s Rite… 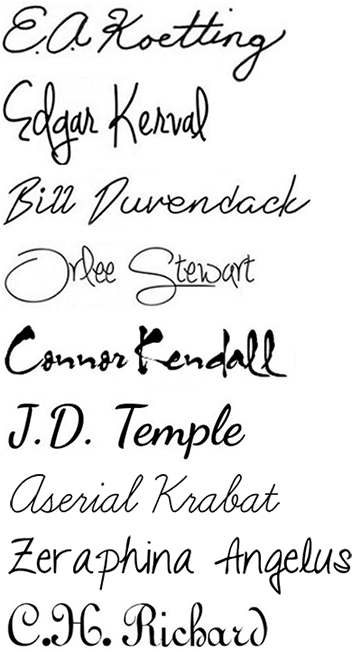