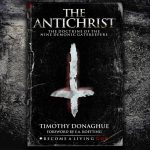 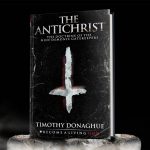 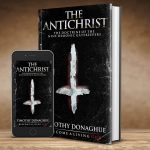 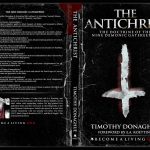 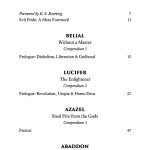 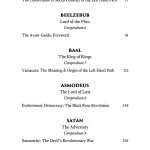 In The Antichrist, you’ll learn…

THE ANTICHRIST: The Doctrine of the Nine Demonic Gatekeepers
Add to Cart

Discover the most evil blasphemy of the twenty-first century with an uncensored guide to hardcore demonic ascent with the Nine Demonic Gatekeepers.

This precious, diabolical compilation features all nine manifestos or forewords from the Saga combined into one cohesive master-book by The Devil himself. Unlock the TRUE meaning and HIDDEN history of the Left Hand Path from its secret origins in the sex and death cults of Goddess Tantra in the ancient East, to the timeless doctrine of self-deification in black magick of the modern West.

For the first time ever, learn the TRUTH about how fascist, patriarchal, monotheistic religions murdered the Earth and Lunar Goddess to exterminate natural magical paganism and conquer the world in the Common Era. Find out how the Left Hand Path vanguard of sorcerers and witches alive today can revolt against and overthrow the tyranny of the ruling elite to reawaken their birthright of individual and collective freedom to become living gods and goddesses.

In The Antichrist, you’ll learn…

This 203-page master-book contains 9 manifestos or forewords united into one convenient, cohesive Doctrine to the Nine Demonic Gatekeepers saga of E.A. Koetting and allied authors.