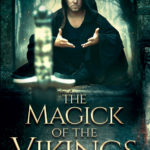 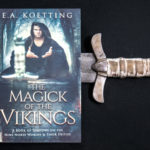 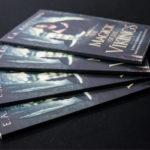 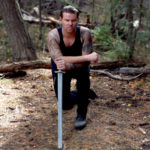 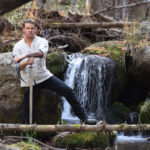 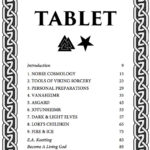 Contents
Every order contains lifetime access to (1) Viking Magick video course, and (2) Magick of the Vikings companion eBook of Shadows.

Payment Plan
You can either pay the full tuition in one payment today, or in 3 equal monthly payments. All discounted orders are final, no refunds.

Payment
Use a valid debit or credit card. You may also use Paypal. To do so, click the Paypal button at checkout.

If you’re a black magician like me, then a number of traditional views in the Asatru community have always annoyed and even vexed you. Take this quiz below to find out whether you would LOVE or HATE this course.

Who Will Love This & Who Will Hate This

Answer yes or no to these questions below:

The Norse Gods & Goddesses Have Never Been More Popular And Its Paganism Has Become Mainstream In Film, Television, Books & Video Games

Turn on the television and see the hit series Vikings in your queue. Go to the movies and see posters for the blockbuster series Thor by Marvel. Read the classic Lord of the Rings books and see elves, wizards, and giants. Turn on the video game Skyrim to find Viking runes and weapons.

Today, you cannot escape the imagery of ancient magick and pagan mythology in popular culture. This excites me greatly because I strongly champion heathen values, and this evidences a cultural revolution in Western Civilization, which I support 100%. We currently transition away from the rotten corpse of Christianity toward a modern version of earlier pagan roots in a high-technology society.

The Fastest, Friendliest, Most Accessible Magick On Planet Earth — It Requires No Manmade Materials… Let Nature Spirits Provide The Best Ritual Tools For You

For years I have ranked Haitian Vodoun as the fiercest and rawest magick. The Loa completely disrupt your world so that they can expel dead weight and replace it with new life. However, the wild, hot, and unhinged nature of the possession rites and spells often overwhelm people. Honestly, Voodoo is not for everyone.

Norse Magick gives the exact opposite experience of Haitian Vodoun. Rather than wild, hot, and intoxicated, I always feel refreshed, strengthened, and healed.

If I were to identify a magick experience that feels like the exact opposite of Voodoo, it would be Norse Magick because it provides an instant sense of strength, healing, and beauty. Your soul feels completely alive and refreshed after a ritual instead of intoxicated and dead tired.

Neither is right or wrong per se; I simply contrast Voodoo and Norse Magick so you can relate. So while I rank Voodoo as the most ferocious, I find Norse Magick to be the fastest, friendliest, and most accessible sorcery mainly because it requires no manmade materialism. In other words, you do not need porcelain statues, bead necklaces, framed portraits of saints, alcohol, cigars, chicken feet, cornmeal, or traditional altars.

Norse Sorcery requires no manmade materialism. You can wander into a forest barehanded and enter gnosis with the gods. The nature spirits will provide everything you need like sticks, stones, bones, wild edibles, fire, and water.

You can just wander into a forest barehanded, carve rune incantations on loose branches, pile stones together, collect bones and mushrooms and flowers, kneel at your earthen altar, and enter gnosis with the ancient gods — because this is exactly what a genuine heathen did a thousand years ago. The nature spirits will help you find everything you need.

It has always aggravated me that the Asatru community religiously worships the Aesir gods only, and plainly discriminates against the rest of the god-races — which they view as bad guys, outcasts, weirdos, loners, and dangerous villains of the pantheon. It seems tragically wasteful and bigoted because the many other deities and species can provide priceless insights into sorcery, even moreso than the Aesir at times.

The Left Hand Path never discriminates against a deity or spirit just because a religious text calls them “ugly” or “bad.” A black magician knows better than to believe those lies. A sorcerer sees those hated spirits as rare gifts, untapped reservoirs, friends-to-be-had.

Together, We’ll Enter Gnosis With These Nine Divisions Of Spirits

In 2016, I devoted ten months on and off in a sweltering desert to a full Haitian Vodoun pathworking — January to October.

In 2017, I dedicated ten months on and off in an alpine forest to a full Norse Magick pathworking —January to October again.

As a resident of Utah in the United States, the geography ranges so widely that I can travel by car from a dry desert to a snowy forest in a few hours. It lends itself to seasonal pathworking and outdoor expedition.

When I embarked on this magickal journey, I looked high and low for rituals to perform divination, evocation, and soul travel with the most hated, most outcast, and most slandered “bad guy” or “villain” or “devil” of the pantheon: LOKI — god of fire.

To my utter surprise: little to nothing of substance existed on the topic. And suddenly a lightbulb turned on above my head. No human has ever truly performed the black magick of Loki in a comprehensive Left Hand Pathworking.

I declare now that I have in fact fathered a pathworking of Lokian Magick.

As a black magickian, my heart always sympathizes first with whomever wears a scarlet letter, because religion by definition hates whichever deity acts freely and rebels against authority. As such, I usually view the antagonists in mythology as champions of Left Hand Path values:

I always find myself in league with The Outcast or The Hated One.

When I reflect upon the ten-month expedition, it has become crystal clear that Loki carefully shaped my entire pathworking. When I summoned him, he appeared and counseled me. We soul traveled together between the Norse Worlds as drifters, and he turned into a great revealer of forbidden knowledge for me.

Loki became a Lucifer figure to me over the year — a great revealer of forbidden knowledge, an archetype of enlightenment and human freedom who never apologizes for his ascent, survival, and friendships.

This will infuriate dyed in the wool members of the Asatru community… but I now view Loki as a Lucifer figure — the archetype of enlightenment and human freedom. As the god of fire, he harnesses cosmic power and apologizes to no one for his ascent, survival, and friendships. 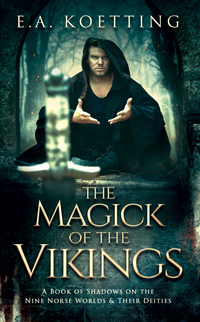 Because I want as many people as possible to benefit from this course, I’ve priced it at only 3 easy monthly payments of $99. You can watch my entire program online from your computer, mobile, or smart TV and rewatch it anytime with your lifetime access.

And the first 100 orders come with a newly printed copy of my limited edition, 86-page, companion book in paperback eBook:

The Magick of the Vikings: A Book of Shadows on the Nine Norse Worlds & Their Deities.

Be one of the first 100 people to order Norse Magick: A Left Hand Pathworking right now and you’ll receive this gorgeous new companion Book of Shadows with it!

UPDATE: these first 100 have sold out and you receive an eBook version now for convenient access on your laptop, tablet, and mobile device.

Loki befriends whomever he needs to for his Ascent. He only cares who will ride into battle with him. He forges alliances, shakes hands, and makes pacts with every race of gods and this allows his to rise to power unlike any other deity.

He adopts and adapts.

This pathworking course Norse Magick does exactly this. It shows you step-by-step how to perform sorcery across the Nine Worlds and forge alliances wherever necessary for your elevation, for your rise to power.

On the Day of Ragnorak, you disregard petty differences and ride into battle with those who will join you.

I welcome you to ride into battle with me now…