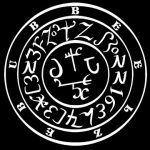 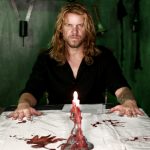 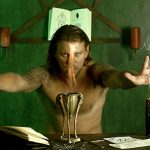 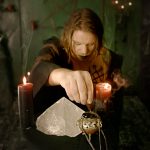 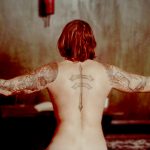 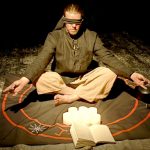 The Black Mass of Beelzebub by E.A. Koetting

The Black Mass Of Beelzebub - Blood Pact With Beelzebub

You And I Are Going To Experience The Black Mass Of Beelzebub Together On The New Moon, January 24th — And I Am Looking For 33 Of The World’s Most Fearless Magicians…

In addition to the nine-book, BEELZEBUB: Lord Of The Flies, Compendium 6, and in addition to the Pathworking of Beelzebub video course, I’m also extending a one-time invitation to participate in an exclusive ritual evocation and pact rite with Lord of the Flies himself, Beelzebub.

The Black Mass is a ritual evocation of Beelzebub and is the sealing of an essential compact for your development as a Dark Sorcerer. Every black magician who has made a Pact with Beelzebub will testify that this pact was the turning point in their magickal evolution. I’m going to perform this ritual with my legion of nethers on the New Moon, January 24th. This means that I will summon Beelzebub and seal this covenant on your behalf.

Beelzebub is the Lord of Pestilence, so if you’re thinking about this pact because you just want some minor changes to happen in your life, this ritual’s probably not for you. But, if you’re like me, if you want more power than you could ever imagine, if your lust for the pleasures of the flesh can only be sated by the indulgences of the gods and the sins of the devils, then Beelzebub welcomes you into this unholy compact.

Some of the things that Beelzebub offers as part of this pact are:

And all that he asks in your return is your commitment to the mastery of the Dark Arts, your discipline in ascent, and your oath to use this power to help establish the Infernal Empire on Earth. Beelzebub knows that you are the Gateway between the worlds. And his greatest desire is to give you the power to open your own self as a nexion of Godhood incarnate.

Lord Of Flies — Also Known As Baal Zebub, Ba’al Zebhul, And More — Initiates Humankind On Their Ancient Pact With Demonkind And How To Experience High Gnosis… Here’s What To Expect With The Black Mass Of Beelzebub Pact On The New Moon

I have already dedicated weeks to arranging my ritual area and will return there on the day of this ritual. The Black Mass pact is Beelzebub’s pact with you. Some of the most common experiences that magicians encountered with previous demonic pacts include:

What Beelzebub & The Demonic Gatekeepers Expect Back

As you keep your end of The Black Mass pact, you can rest assured that Beelzebub & the Demonic Gatekeepers will keep their promises to you!

As a final word of warning: This ritual is not for people who are simply curious, and it is not for those who just want to see if it will work. This is a lasting and binding Initiation between you and this emissary of the Demonic Gatekeepers.

Once I perform this pact ritual for you, Beelzebub & the Demonic Gatekeepers will come to you, they will remain with you, and, in their own words: “You will become the Black Gate of Beelzebub and enter high gnosis with Lord of the Flies.”

Book your Black Mass rite now, and I will see you on the New Moon!