MY CULT CLASSICS SERIES
The Complete Works Of E.A. Koetting
All Nine Sold Out Grimoires Now Available For The FIRST Time Ever… Own A Priceless Piece Of Occult History & Learn The Most Advanced Black Magick 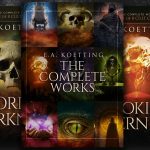 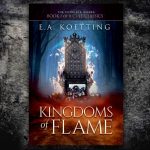 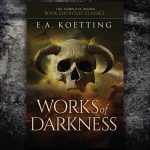 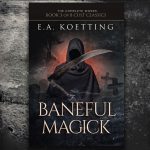 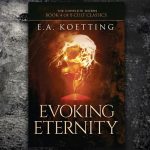 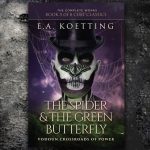 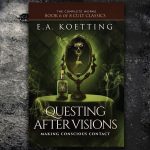 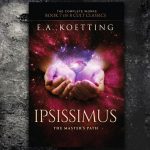 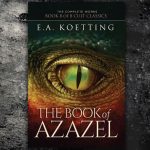 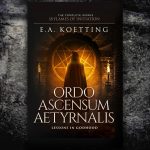 Special Savings
Get $242 off and save 55% on Complete Works Edition.

The Complete Works Of E.A. Koetting - All Nine Grimoires
Add to Cart

I have heard these same angry complaints a thousand times. Perhaps YOU shared them yourself:

FINALLY, at long last… all nine of my sold out grimoires are back in force and available on demand at an affordable rate for the FIRST time ever. In fact, you can get 55% off — save over half off! — with my Complete Works Edition right now.

Fully updated, painstakingly revised, and exquisitely illustrated from top to bottom, this new Second Edition of my Complete Works features all my cult classics without censorship, redaction, or prohibition.

In other words, you can finally unlock my ENTIRE collection of magick books altogether in either one compendium hardback or nine individual hardbacks.

Two entire decades have passed from when I founded my former occult order, Ordo Ascensum Aetyrnalis, under which I penned my first grimoire — an 18 Flame Initiatory Pathworking called Lessons in Godhood. Believe it or not, I released it back in 1999 — twenty years ago, which feels like only yesterday!

As a new millennium dawned — between 1999 to 2012 — I channelled eight more groundbreaking grimoires of shameless black magick. Unlike today where demonology has become mainstream, only a few authors possessed courage to openly identify as demonic back then, therefore my unapologetic defense of demons shattered a ‘glass ceiling’ and helped to innovate a whole new zeitgeist: out of the closet demonology.

At that time, paranoid, deceitful occultists only admitted their admiration of demons behind closed doors while slandering them as dangerous predators to their churches — I call this in the closet demonology. Moreover, medieval books on demonology always contextualized these noble spirits from a traditional, fire and brimstone, Christian perspective. In other words, few if any functional grimoires of guilt-free demonic magick existed anywhere.

In the 1990’s, I emerged as a pioneer in contrast to other authors, because I discovered and channelled hundreds of new demons while performing blind evocation and scrying — I introduced black magicians to entirely new houses and their subordinate legions. I never wasted time rehashing medieval pseudo-grimoires, or reiterating the Goetia a millionth time. Instead, I performed ritual evocation and soul travel night after night after night, unlocking new kingdoms and uncharted territories on the astral and mental planes, for example, Regnum Spiritus as found in Kingdom of Flames!

Did you know I became homeless in my twenties? This sounds like a trope from a horror movie, but I literally camped in an abandoned graveyard where I performed moonlit, demonic evocation. In truth, my underlying aspiration resembled what Aleister Crowley named Ipsissimus in Magick in Theory & Practice, which I more simply call Godhood — a capacity or condition of entering omniscience, omnipotence, and omnipresence through formlessness — which any magician can do through God Plane soul travel.

Here it is only said this: The Ipsissimus is wholly free from all limitations soever, existing in the nature of all things without discriminations of quantity or quality between them. He has identified Being and not-Being and Becoming, action and non- action and tendency to action, with all other such triplicities, not distinguishing between them in respect of any conditions, or between any one thing and any other thing as to whether it is with or without conditions.

The Ipsissimus has no relation as such with any Being: He has no will in any direction, and no Consciousness of any kind involving duality, for in Him all is accomplished.”1 The whole of Crowley’s work and teachings, from the opening of the Aethyrs to the Knowledge and Conversation of the Holy Guardian Angel, had the single aim of the attainment of this state, of embodying Ipsissimus. Indeed, this is the unspoken and un- written aim of every spiritual path. — A. Crowley

My Complete Works reflect my personal history — my abyssal journey across both demonic hellscapes and angelic heaven realms and back to earth. When you study my grimoires, you study my soul. Allow me to introduce you to them below:

1. Kingdoms of Flame: A Grimoire of Evocation & Sorcery 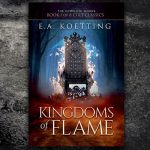 A secret society initiates a child prodigy magician to decode a mysterious Skeleton Cipher. Can you unlock the cryptic magick squares to summon forth secret angels and demons from Regnum Spiritus? Inspired by a true story of E.A. Koetting. 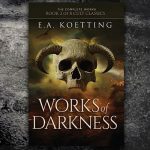 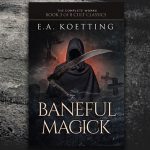 This all-powerful self-defense grimoire shows you how to throw curses, place hexes, and summon armies of vampiric spirits to DESTROY your enemy to protect yourself. This manual provides proven rituals to magickally defend yourself and your family, without your enemy ever knowing. 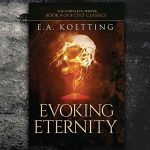 Summon ANY spirit to visible materialization with the most complete manual of spirit evocation ever written. Learn how to perform both solitary & group evocation, summon entire legions of demons, and how to communicate with spirits in ritual.

5. The Spider & The Green Butterfly: Vodoun Crossroads of Power 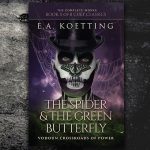 True story of how a white man, E.A. Koetting, received privileged instruction into the fiercely-guarded rites of Haitian Vodoun. Harness the magick of the Loa through high-powerful spells, magick fetishes, and ritual spirit possession with this forbidden grimoire.

Here’s the REAL truth about spiritual and psychedelic visions that ancient shamans knew. Learn how to experience intense vision quests and safely use psychedelic entheogens to make conscious contact with extraterrestrial spirits in parallel dimensions. 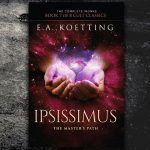 True story of my apprenticeship under an Eastern yoga master who taught me how to rise on the planes through soul travel. Now you can learn how to take flight out of body, experience the highest dimensions, and enter Ipsissimus like me.

8. The Book of Azazel: Grimoire of the Damned 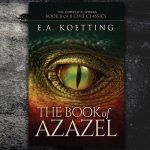 My priceless grimoire of a fearless 90-day blood pact with the Demonic Gatekeeper, Azazel. I reveal the FIRST ever grimoire of the Demonic Hierarchy under infernal authority of Azazel with a full record of his subordinate demonic legions and their sigils. 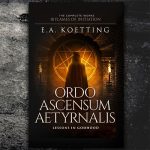 Undergo the 18 Flames of Initiation to unlock Lessons in Godhood. You can now access the original, uncensored discourses of the legendary Ordo Ascensum Aetyrnalis with all-new commentary from E.A. Koetting himself. Can YOU receive the 18th Flame of Initiation to inherit the last Lesson of Godhood?

Basically everyone hates me.

No magician has ever suffered as much hatred as I have and still do right now. It often appears that every day a new army or temple of angry priests wishes to murder me. Why though? Because they believe in the “occult” which means “hidden.”  Whereas, I believe in open, transparent, censorship-free knowledge to help humans ascend.

Who does not hate me?

You, a new generation of black magician, an awakened free spirit who only aspires to discover helpful knowledge, to ascend, and to remain left alone.

1. You place an order for my Complete Works in Second Edition right here with my new, unprecedented, low rates.

2. You place an order for used copies of my First Edition at extremely high rates elsewhere.

At this moment, my first edition grimoires sit on Amazon and eBay and require hundreds if not thousands to receive a single copy only. See two screenshot examples below: 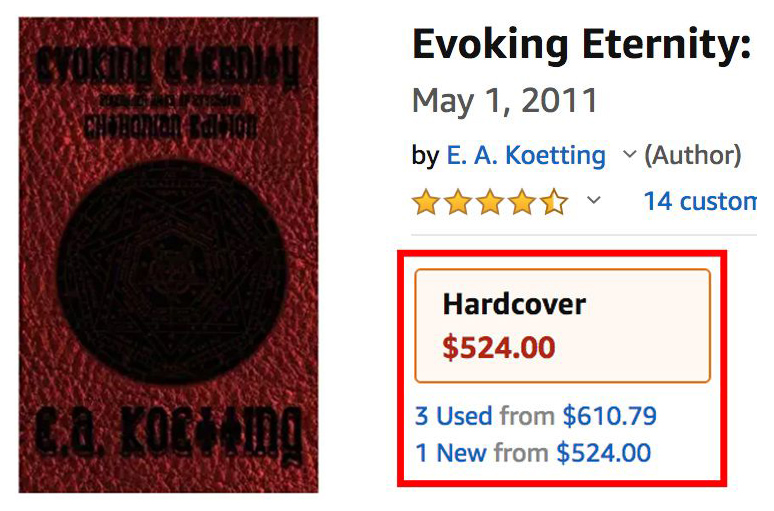 As you clearly see, my First Editions have become historic essentials to occult book collectors — like a Renaissance painting. Perhaps in a thousand years when I have long died, they could become millions.

Normal magicians study my grimoires to unlock their knowledge, which abides by my underlying reason to author them. However, to provide another perspective on it, you could also view these books as literary “works of art” that become priceless highlights of your personal library, which you could then pass on to your children or loved one as family inheritance. In fact, economists always suggest that people place their “worth” into tangible goods that save and increase in value, such as real estate and fine art.

My Complete Works not only fulfill your intellectual need to digest ascendant knowledge, but they act as a highly valuable investment too.

I have sacrificed my entire life to both magick and The Spirits and I regret none of it. Embark with me on a hero’s journey from homeless to Ipsissimus, and unlock the FULL magick of my Cult Classics series.

Find out why my “dangerous power” — as they call it — has shattered an ancient, occult glass ceiling and allowed a new era of demonology to emerge. Find out how I helped to innovate an entirely new generation of black magickians who rise above regressive tradition and pioneer evolution of humanity as a species.

Place your order for my Complete Works Edition right now, and I will see you there.