Unleash The Immortal Forces Of Necromancy To Crack Open The Tomb Of Eternal Unveiling… Experience Rebirth In The Flesh To Become A Living Death God With Edgar Kerval & E.A. Koetting 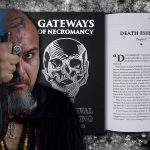 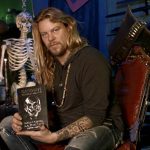 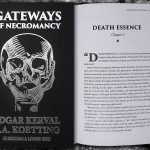 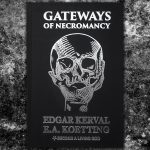 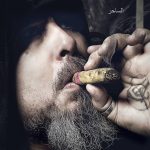 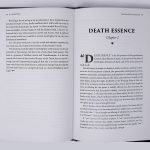 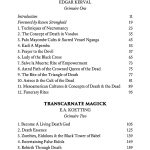 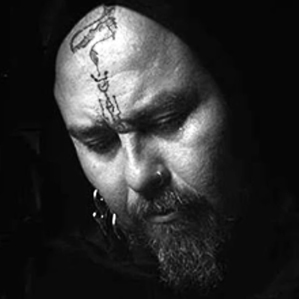 Special Savings
Get $130 off to save 26% with The Complete Necromancer.

Truthfully, I cannot give you all the answers on the subject of death — nobody can. But, I can show you exactly how to find them for yourself…

Hi, I’m E.A. Koetting, and I’ve partnered again with top black magician and native Colombian shaman, Edgar Kerval. Together and better than ever, he and I unveil the newest, breakthrough double-grimoire on how to perform the world’s most powerful Death Magick. This unprecedented Black Book features two grimoires of fearless, forbidden sorcery in one:

In this uncensored double-grimoire, you’re going to learn:

After I personally studied Edgar Kerval’s Gateways of Necromancy last year, I couldn’t keep myself away from the practices — I needed to know for myself. Death has opened more doors for me than I knew existed. Death and my reverence of death has given me life, and I can teach you how to master the Death Current too.

In my manual, Transcarnate Magick, alongside Gateways of Necromancy, I divulge my personal experiences diving headfirst into Necromancy, and as I step across the threshold, I bring you with me — beyond. Death is merely a doorway, and I’ve found ways of lingering between the worlds that will awaken more power and priceless knowledge than you can imagine.

Learn The REAL Truth About Necromantic Death Magick — No, It’s Not “Death Worship”

You see, Necromancy is not simply a one-dimensional “worship of death” — it constitutes the ULTIMATE reverence and fulfillment of life itself.

Gateways of Necromancy is the only Death Magick double-feature with this amount of true, first-hand experience available anywhere on earth. And, accompanying this groundbreaking compendium is my fully-integrated Transcarnate Magick video course to dovetail the priceless knowledge of the grimoires.

Through enlightened rites of daily death worship, morbid devotions, ecstasy rites, expedition spells, Necromantic evocations, I’ve cracked open a tomb of eternal unveiling, and I invite you to join me in the world between worlds.

I filmed every single ritual that I performed of Necromancy, and the lucid insights that I extracted are transmitted in this video course, with hours of footage featured in high-definition video. Thus, you experience my experiences right along with me.

Unlock the advanced, no-holds-barred Path of the Dragon with true Vampire Magick from the ancient civilizations of world history through modern time.

Receive the advanced, uncensored grimoire by authors Edgar Kerval and E.A. Koetting by itself.

Perform Transcarnate Magick To Transcend The Veil Between The Worlds, Escape Reincarnation, And Live Freely Forever

Below, you will find two cruel truths that you desperately need to know:

Not only can you transcend the veil, but you can escape the cycle of reincarnation by opening the Gateways of Necromancy with Transcarnate Magick.

Death is guaranteed. Everyone will inevitably find out the truth of what lies beyond the grave. But, if you’re not willing to wait for that fateful moment in the future, and prefer to discover that priceless magick knowledge right now, then Gateways of Necromancy and Transcarnate Magick can scratch the itch without needing to cross over yourself… 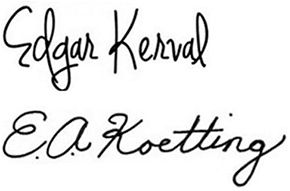 Author of over 10 Left Hand Path grimoires, Edgar Kerval ignites expansion of the soul through his occult books and ritual music. He lives in Colombia.