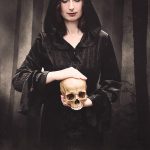 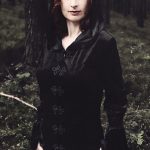 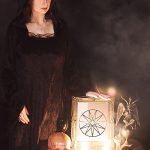 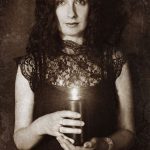 With Evocation of Lilith, you’re going to:

Taste The Forbidden Fruit Of The Dark Initiatrix

You’re about to undergo initiation with the legendary seductress and mother of succubi and incubi, Lilith. Her Qliphothic realm hides on the dark side of the moon, and she plays a definitive role in Western sexual initiations.

In the Hebrew legend, Lilith, the first wife of Adam, refuses to lie beneath her husband in sexual act and leaves the Garden of Eden to settle on the shores of the Red Sea. There she mates with Samael, the Prince of Darkness, each day conceiving hundreds of demons and teaching her children the art of seduction and sexual alchemy. In the Qabalah, she is the Dark Initiatrix, the ruling goddess of the path and personification of the feminine current of the Qliphoth, where she rules with Samael, together forming the legendary serpent-dragon Leviathan

As a goddess of many names and even more faces, she is the embodiment of life and death, sex and transgression, transcendence and immanence. As the Queen of the Night, she is the most known manifestation of the demonic feminine—the Maiden, the Harlot, the Alien Woman, the Night Hag, the Mother of Demons and Abominations, and the End of All Flesh. In rites of magic she comes with liquid darkness flowing into the temple, dissolving barriers between the worlds and cloaking the practitioner in clouds of suffocating vapors.

Let me perform an evocation of the Queen of Night to personally initiate you into Draconian sorcery where you can encounter the most forbidden areas of sex magic. As Dark Initiatrix, she provides an exhilarating and life-changing experience that no other demon or demoness ever can. This initiation opens you fully to perform the sex magic found in my new grimoire Rituals of Pleasure.

In Rituals of Pleasure, I explain experiences a magician will encounter when they perform sex magic with Lilith:

We will enter her astral garden on the dark side of the moon, follow her into the labyrinths of Sitra Ahra and ask her to guide us through mysteries of “forbidden” sexuality, exploring visions that make people blush, hidden desires, dark passions, and cravings we do not even realize we might have. We will free ourselves from the bonds of false morality and indulge in an astral orgy with demons. We will drink the blood of the moon and fly in ecstasy through the night. And we will fertilize the womb of the goddess with our will and make even the wildest dreams come true. Sounds like a mere fantasy? Not at all. You will learn that in the Garden of Lilith everything is possible, and the only limit to what you can experience is the limit of your own imagination.

This perfectly explains my experiences as a serious magician who performs sex magic under mentorship of the Night Goddess and Mother of Darkness. As you journey down her Nightside Path and perform her techniques, you too can encounter similar magic.

What A Serious Magician Can Expect From An Evocation Of Lilith

I have dedicated my magical life to the Queen of Night and know here sex magic doctrine personally through years of experience. Here is what her magic can provide as an initiate of her sexual sorcery:

What Lilith Expects From YOU

As I provide your Evocation of Lilith to initiate you into her sex magic, you need to remain concentrated on her presence in your life.

How To Perform Safe Sex In The Garden Of Lilith

As a word of warning: This ritual is not for people who are simply curious, and it is not for those who just want to see if it will work. This is a serious, and possibly dangerous initiation if you do not view it with respect. Please do not book this Evocation and Initiation of Lilith if you cannot endure it.