SUMMER SAVINGS: Watch Every Course 50% Off In June! 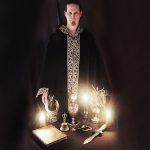 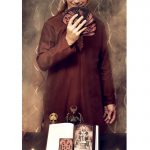 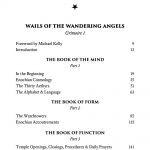 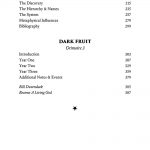 In Wails of the Wandering Angels and The Enochian Chronicles, you’ll learn:

Sign up now to receive your FREE ebook chapter, and email alert when the grimoires become live to order.

Wails Of The Wandering Angels

Thank you for having an interest in my new breakthrough grimoire, Wails of the Wandering Angels, the essential foundation and final book to my Enochian Magick trilogy, called The Enochian Chronicles.

To answer an obvious concern in advance — this third and final volume, Wails of the Wandering Angels, features an all-in-one, standalone guide to mastering Enochian Black Magick for Left Hand Pathworkers. It does not require you to have studied the first two volumes or “Books of Shadows” that feature the true and faithful records of my life-changing magick experiences with the Enochian Angels. However, if you wish to unlock the full magick of the complete series, then refer to my trilogy compendium, The Enochian Chronicles.

Having clarified that, please let me introduce myself — my name is Bill Duvendack, author of bestselling grimoires Qliphothic Astrology and Oraculum Leviathan. If you have performed magick and studied the occult as long as me, then you probably have heard what I call the “old traditional belief.”

What if I told you that the “old traditional belief” is absolutely wrong, insanely prejudiced, and total bullshit? Not only that, but the “old traditional belief” places stupid limits on your ascent as a sorcerer, because it restricts your access to one of the most proven, highest-powered systems of sorcery anywhere on earth, namely, Enochian Magick.

Let me say it clearly on record — the angels of Enochian Magick are not “angels” in the Judeo-Christian sense. It has become time to hammer the nail into the coffin of that old traditional belief. Here, let me explain further…

What if I told you that the infamous angels of Enochian Magick manifest and act more like powerful demons?

What if I told you that Enochian Magick feels more like Black Magick than White Magic? I call this more accurate, more enlightened perspective the “new modern belief.”

This new modern belief champions the freedom of sorcerers to perform Enochian Black Magick to fully harness the power of the dark angels, or crypto-demons, for ascent.

I have performed a comprehensive ritual pathworking of Enochian Magick for over a decade. As I discovered this innovative “paradigm shift” in relation to the Angels and their Magick, I formulated the true uncensored findings into a complete, everything-you-need-to know series of three grimoires, called The Enochian Chronicles. In particular, my alpha book, Wails of the Wandering Angels, initiates you in Enochian Black Magick in an advanced manner that no other traditional book on the subject does.

As I said earlier, thank you for having an interest in my two upcoming Enochian Magick grimoires.

2. The Enochian Chronicles: Three Grimoires in One

As you probably know, there are many books on Enochian Magick out there, but what separates Wails of the Wandering Angels is the fact that in it, I include modern interpretations and material, specifically of a controversial nature. Michael Kelly, author of The Sevenfold Mystery, is gracious enough to contribute the foreword to it, and throughout the text I discuss the interpretation of Enochian from Anton Szandor LaVey and other Left-Hand Path practitioners and perspectives, which makes this one of the most comprehensive and inclusive books available on the subject.

Let’s start by looking at the exact table of contents within Wails of the Wandering Angels. The book is divided into three sections:

The Book Of The Mind — Part One

The Book of the Mind is the biggest section of the three, and in chapters one and two I address the cosmology of Enochian, as well as preliminary considerations before beginning the work. The section is wrapped up by discussing the aethyrs, the alphabet, and the language. These are brief discussions though, and we come back to them throughout the book to go more in-depth.

The Book Of Forms — Part Two

The second section, the book of form, is smaller when it comes to the number of chapters in it, but these are thicker chapters. Chapter five discusses the watchtowers in depth, and chapter six takes a look at tools and other temple items to be used when doing this kind of work. In chapter five, I go extensively into detail about the formulas of the watchtowers, and how you can put them to work for you.

The Book Of Function — Part Three

The third section, The Book of Function, specifically focuses on the ritual construction side of Enochian Magick, as well as further clarification on the Enochian Calls. Temple Openings, Closings, and Daily Prayers are all discussed in chapter seven, and in chapter eight I give the Calls, but in a unique format. Not only are the Calls shared there, they are written in three different ways. You will see the Calls written in Enochian, English, and phonetically spelled out to help you with your pronunciation of them.

Finally, to wrap everything up, I have an extensive bibliography to help you in your further studies. This isn’t a regular bibliography though, as I annotate and categorize the books I used in the writing of this volume, as well as provide commentary on strengths, weaknesses, and foci for various publications already in existence. I do this because when you are first starting Enochian, it can seem overwhelming with all of the books out there, and it can be hard to define a starting point. In other words, I am giving you the power to see what would be the next step after my writings on the subject. Almost every book on Enochian has something unique and worthwhile to contribute, but finding these pearls takes research and time, and hopefully I help you save some of each.

In point of fact, hundreds of extremely intellectual books exist on Enochian Magick that split hairs over the infinite aspects of the angelic correspondences and language as received by John Dee. Truthfully, an unlimited number of intellectual tables, charts, and indices can exist.

It begs the question: What does a modern magician truly need to unlock the power of Enochian Magick for spiritual ascent?

Regrettably, the over-intellectualizing of traditional Enochian Magick has caused even the most advanced magicians to quit out of confusion. In fact, when I reference Enochian Magick in courses, magicians often complain that it seems “too complicated,” and they dislike that it involves “angels” and “white magic.”

Here’s my 100% Confusion-Free Guarantee — In Wails of the Wandering Angels, I have distilled the absolutely essential “only what you need and nothing more” magick for mastering the Enochian Cosmology, the Thirty Aethyrs, Temple Openings & Closings, Daily Prayers, Angelic Language Calls, and Ritual System in general.

I will not say that you should never read any other book on the subject, because you should. However, I personally guarantee that my new grimoire, Wails of the Wandering Angels, and the trilogy, The Enochian Chronicles, are going to initiate you into Enochian Black Magick with a user-friendly simplicity and convenience that you cannot find anywhere else.

Let my decades of occult study help you to finally “crack the code” on Enochian Magick, and harness the Dark Angelic power of one of the most popular, but confusing systems of magick in human history. I welcome you to download your FREE chapter called “In the Beginning” from Wails of the Wandering Angels right now, and see for yourself that this grimoire will trigger the “paradigm shift” necessary to master Enochian Magick once and for all.

Keep an open mind. Enochian Magick may not be what you think it is, much to your enjoyment and pleasure. I will see you when the grimoire releases in early July.