Unlock Three Thousand Years Of Egyptian Magick In Only Three Hours With A Complete Introduction To Ancient Gods, Goddesses & Sorcery Of Egypt… The Essentials Every Black Magician Needs To know 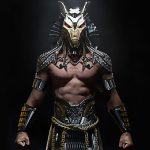 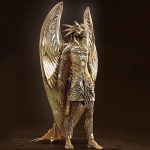 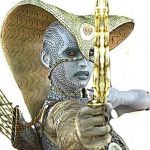 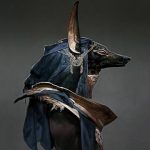 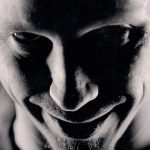 In Egyptian Black Magick, you will learn…

Payment Plan
You can either pay the full tuition in one payment today, or in 3 equal monthly payments.

Payment
Use a valid debit or credit card. You may also use Paypal. To do so, click the Paypal button at checkout.

I experienced these exact three concerns 25 years ago when I first underwent initiation into the Egyptian Mysteries. And believe it or not, it has only become worse for new magicians since then.

To be completely honest, the worst hassle of Egyptian Magick is the need to search through thousands of academic books and journals to find the priceless knowledge that pertains to black magick.

My friend, I did exactly that over the last two decades. Let me take you on a tour back in time to a rising empire three thousand years ago…

Why Ancient Egyptians Revered And Feared Sorcerers More Than Any Others

In ancient times during the formation of the roots of the Western Esoteric Tradition, Egypt was known as a palace of powerful and dark magick. Sorcerers and magicians in Egypt were by far the most feared people throughout the region, and with their alien deities, they were considered powerful, dark, and strange. The Egyptian empire was in existence in one form or another for approximately three millennia, and because of this, it ebbed and flowed with the river of time, ranging from running very efficiently to being controlled chaos in a lot of ways.

It is also due to this that there were a lot of changes to Egyptian motifs over the centuries, ranging from different deities being worked with during particular time periods, to different pieces of symbolism being popular at different times, and even symbolism changing over the years. One of the more common ways this manifested was in the creation of composite deities, such as Amun-Ra, rather than just Amun, or simply Ra. From an outsider and beginner perspective, this may seem daunting and contradictory at first glance, and this can lead to frustration and stagnation.

Investigating The “Unsolved Mysteries” Of Draconian Sorcery From Predynastic Egypt

Also in accord with this is that most people focus on the ancient Egyptian time of the pharaoh, but there was an entire culture and civilization that existed before them, and it is because of this that I offer these video classes. Metaphysically speaking, the time before the rise of the pharaohs who instigated the solar phallic paradigm that still exists, is known as Predynastic Egypt, or, because of the role of the constellation Draco in early development, is known as Draconian Egypt.

The early period that preceded the rise of The Pharaohs is known as Predynastic Egypt or Draconian Egypt. The new pharaohs then transitioned religion from a Draco constellation paradigm to a Solar phallic paradigm which shaped the future of Western Civilization.

This intriguing Draconian time period is often neglected for various reasons, but in this video course we will go in depth with that, as well as cover other common Egyptian concepts to show how the transition occurred over time, which serves to bridge the gap between the time before the pharaohs, and how we understand ancient Egypt now.

Class One will be broken down into Two Sections. The first one will focus on the creation myths associated with the Egyptian pantheon, and will specifically focus on the myths associated with Hermopolis, Heliopolis, Memphis, and Thebes. However, we will also broaden our lens to look at the cosmology of the ancient Egyptians as a whole. After this we will turn our attention to other legends associated with the land of milk and honey. We will then discuss more modern legends and explorations such as connections to Atlantis and other fabled places.

Sacred Geometry, Anatomy Of The Human Soul And Symbols Of Power

The second part of the class will be a brief glossary of terms, particularly those that relate to the spiritual tradition of Egypt. We will then take a closer look at key concepts such as sacred geometry and a breakdown of the parts of the soul. Following this we will turn our attention to symbolism commonly associated with this culture, which will create the foundation for the rest of the classes, but will also give you a firm understanding of the meaning of commonly found Egyptian symbols so that when you use them, you can fully access their power with clarity of mind. We will then turn our attention to magical practices of theirs before addressing magical items commonly used in their ceremonies and ceremonies to this day.

Resurrect These Mysterious Deities To Inherit Their Spiritual Gnosis

Class Two will begin an in-depth exploration of the individual neters associated with their culture. Neter is the ancient Egyptian word for a god or deity, and it was believed these were representative of forces of nature or of the natural world in general. We will start by going through the gods and proceeding to the goddesses. There are several hundred Egyptian deities though, and history has not been kind to their memories, so while some deities have a rich and full history to their character, others only have a line or two on a mastaba in some obscure desert location to remind anyone that they even existed. What we look at though, can lead to profound points of spiritual gnosis for those that are curious about the obscure and courageous.

Neter is the ancient Egyptian word for a god or deity.

Part Two of the class will focus on the powerful goddesses that are found in the Egyptian pantheon. We will discuss many of them, and will pay particular attention to the draconian ones. By the end of the class series, you will have all of the fundamental knowledge and understanding of the tools to begin to work with the Neters in profound and powerful ways.

The climax of the series will be an initiation into the draconian mysteries of Egypt, which will serve to strengthen your connection with the current, as well as to bring yourself in alignment with long-lost mysteries. The dark magick of Egypt is yours for the taking. Align with a spiritual tradition that was old when the world was still new.

Egyptian Black Magick provides a simplified “crash course” immersion into this revered ancient Draconian tradition of sorcery that has largely been lost to humanity and in particular modern magicians. I carefully formulated this course to provide an “everything you need to know” experience in a logical, step-by-step introduction to this ultra-powerful, three thousand year old magick.

This entire course clocks out at approximately three hours so you can literally discover the true foundation of the Left Hand Path as we know it today in one weekend — then rewatch this course again multiple times to digest every fact, insight, and helpful bit of knowledge. Together, we will unearth the roots of Western Sorcery and you will finally see a full perspective and connect the dots on our heritage as a Black Magician.