Order Now: "Gateways Of Necromancy" by Edgar Kerval & E.A. Koetting - Get 53% Off In May Only! 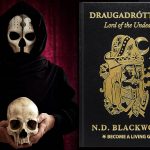 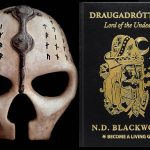 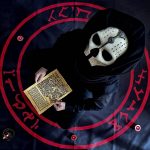 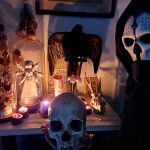 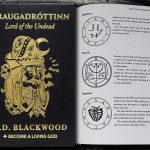 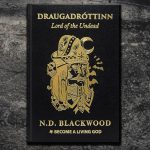 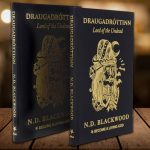 With a Personal Consultation, you can learn…

Payment
Use a valid debit or credit card. You may also use PayPal. To do so, click the Book Now button.

Please allow me to introduce myself, my vampiric name is N.D. Blackwood.

I am the modern pioneer of a violently-guarded, medieval, occult tradition of Black Magick known as Vampirism. Born and raised in central Europe, I underwent initiation as a young man in numerous underground lodges and have inherited the priceless systems of initiation and ritual within Vampirism.

My magick name, N.D. Blackwood, acts as a talisman. “N.D.” invokes my Vampiric patrons, Noctulius and Dracúl, and “Blackwood” refers to the neighboring forest wherein I hike to perform rituals of Vampirism and Necromancy.

Everyone in the world has heard of classical Vampires — the undead who prey ruthlessly on the blood of the living. However, people generally do not know that the term Vampire originally meant “witch.”

Furthermore, everyone in the world has heard of classical werewolfs — the human mean who shapeshift into a wolf under a full moon. However, people generally do not know that Lycanthropy features a long-standing form of black magick, called shapeshifting.

When a mundane person hears the term “vampire,” they imagine a handsome, fanged, undead gentleman or lady who sucks the blood of human victims to survive. While partly accurate from a legendary perspective, the true sorcery of Vampirism far surpasses that romanticized concept. A true Magick Vampire aspires to tap into the unlimited power of the cosmos to experience physical immortality and to conquer death.

For more than 15 years, Initiatic Vampirism has been the only occult path to which I have devoted myself. I managed to synthesize the magick from every Vampiric Path together, in order to create the most complete and effective grimoire that was ever written on Magick Vampirism. This synthesis, I have presented to you in my new book: Draugadróttinn. If your thirst for sustaining your spirit and conquering death is as great as mine, I invite you to embark with me in this quest for immortality as we explore this energetic phenomena from practices such as Chinese medicine, to powerful rituals transmitted for generations in some of the darkest lodges of Europe.

With a Personal Consultation, I can answer your questions on any subjects related to Vampirism, Lycanthropy, Baneful Magick, Immortality, and more. You can see a sample of my favorite topics below…

We can discuss what Initiatic Vampirism is. We will study the history of this magical path, what separates serious initiation from the practice of role-play, and also the dangers it entails. We will discuss different trends that have marked this tradition. We will study the end-goal of the Vampiric Path and explain how it offers several possibilities to gain immortality, while retaining our consciousness almost eternally, long after the death of our physical bodies.

We can go into detail about the very nature of life energy. Drawing on both the principles of traditional Chinese medicine and the European occult tradition, I offer six simple and powerful exercises that will allow you to succeed in any Magick Vampirism. In a few weeks of practice, these exercises will revolutionize your relationship to energy and health.

We can prepare the tools of power used in the practice of Ritual Vampirism, such as the athame, the wand, and the ritual space. These rituals come from one of the oldest lodges in Europe, which hold the secrets of the Vampire Tradition. We will go through how to create the tools of ultimate power specific to this initiatory path.

The Art Of Life Drain

We can jump straight into practice, using a dozen different methods of Vampirism. Using a detailed methodology for each of those methods, we will learn to commune with the life force present in humans, through touch, through gaze, through any object that belonged to a person, and by using a mirror or the flame of a candle. Through this, you will learn how it is possible to acquire strength, a long life, and magical power by consuming vital energy. We will also learn how to use the Magick of Vampirism as a tool for self-defense in Baneful Magick, as well as feeding on any spiritual entity in order to absorb its abilities and powers.

We can study Vampirism on the astral plane. We will discuss several common mental mistakes and complexities that prevent astral travel. I will then teach you a bulletproof method to achieve a state of bilocation and how to exit from the body. We will also learn to use the astral gates to meet the undead initiates as well as the deities of the blood path. Finally, we will also learn how to build a matrix on the astral plane. You will then be able to create your own temple for your Vampiric ascent.

I can introduce you to the fundamentals of lycanthropy. We will talk about its history in Europe, from the Berzerkers and Ulfednars of the Nordic tradition, to the werewolf of medieval times. We will study several processes that allow your astral body to adopt the characteristics of a predatory beast. We will then use several shamanic rituals from the Scandinavian tradition to get in touch with your animal spirit, and to appropriate its capacities for your personal practice. To conclude this chapter, we’ll learn how to use lycanthropy to commune with life essence by inducing specific dreams and nightmares. This practice is one of the most effective for fast results in self-defense.

We can talk about the Dark Gods, and the place they occupied in the European pantheon before the arrival of Christianity. We will study the chthonic and Vampiric traits of major figures of the Nordic, Celtic, Slavic and Latin pantheons, such as Wotan, Lugh, Noctulius or Vorsh. For each spirit, I will give you precise information for evocation and communication with these Gods of Vampirism.

We can talk about the Vampire Tradition in Europe through the Order of the Reversed Dragon. Far from the fantasy books and the fables of crypto-zoology, we will study the history of the European families through whom the Vampire Tradition was transmitted. With this, the names of the great initiates of history will be revealed, as well as a ritual allowing for your own contact with them in order to obtain their patronage.

The Path Of The Dragon

I can give walk you through the rituals of the Order of the Dragon, as they were transmitted to me by some of the last members of the Green Order, one of the last Vampiric societies in Europe. After nine months of intensive practice, you will be able to make a pact with the undead members of this Vampiric Strain and become a patron of them. You will thus enter as a living person into the world of the undead, sharing your astral body with them. By this chain of affiliation, you will benefit from the powers and knowledge of all the great adepts which have joined this lineage before you. You will escape the cycle of reincarnation, and will gain immortality on the astral plane. This chapter also contains several rituals of High Vampiric Magick from this tradition.

The Mysteries Of Extraterrestrial Ways

We can deal with a perilous path: the extraterrestrial mysteries. I deliver two completely new and extremely dangerous rituals. These rituals will allow you to attract the attention of Vampiric entities or deities of extraterrestrial origin. This path is the epitome of Lovecraftian horror. By using these two rituals, you will be able to make contact with those outside our reality, and form a pact with them at your own risk.

We can discuss the possibility of aspiring to physical immortality. By combining the occult methods that we have studied together with the futuristic possibilities offered by transhumanism, we will study the hypotheses of how the future can lead to eternal life and even resurrection, in the body of flesh and bones.

Because I want as many people as possible to benefit from this program, I’ve priced it at only $159 for 60 minutes or $79 for 30 minutes of my undivided attention and commitment

Here’s How It Works

Simple as that — please arrange your comments and concerns in advance of your time with me, to allow you to maximize the knowledge and ascent you experience with the Personal Consultation.

Most of the people who have incorporated Vampirism in their magick practices are only using it as a tool. Very few actually consider how it can be developed much further in the possibility of its true full potential: a Pathway to Immortality.

Vampirism is one of the most powerful paths you can find. The spirit entities you will meet and deal with are amongst the most powerful you could ever dream to meet. Some of them are not just simple demons, they were once men and women before transcending their humanity and becoming lords on the astral planes. Others are just inhuman entities that have nothing to do with our universe and dwell inside our reality to commune with humans. Encountering them is analogous to a nightmare for most human beings. Dealing with them, and becoming their students before rising up as one of their equals will require an incredible amount of will, patience, and certainty in the destiny that awaits you.

In my in-depth personal consultations, I give you a unique opportunity to uncover some of the most suppressed and religiously forbidden secrets of real Vampire Magick. I’ll meet you on the Other Side…