THE WORLD’S MOST POWERFUL MAGICK SPELLS
21 Of The Most Hardcore Black Magicians Reveal Their Favorite, Most Life-Changing Rituals… 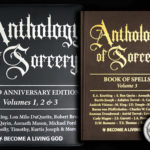 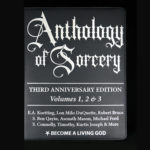 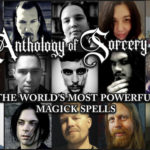 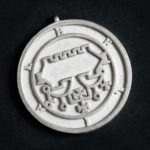 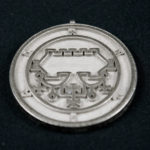 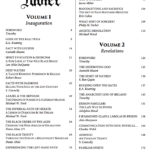 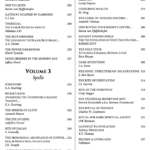 In Anthology 3, you will learn:

Let me ask you a few questions. They might sound grandiose at first, but hear me out…

As obsessive as it sounds, these mysteries keep me awake at night. I need to know their answers otherwise I cannot fall asleep. I cannot tell you the number of times I have passed out in my ritual chamber, lost in clairvoyant divination with spirits on a mission to find out!

Let Me Disclose My Childhood Trauma So You Understand…

I was born to a single mother who gave me up for adoption. No one seemed to love me as I was shuffled between physically abusive foster homes for years. By an ironic twist of fate, I finally landed under the custody of a fire and brimstone Christian pastor. At age 12, I discovered Ouija boards and would perform candle magick in my closet behind his back. It immediately became clear that only black magick would provide the escape I needed, when nothing else could.

If sorcery can provide hopes and dreams to a desperate 12 year old boy locked away in his bedroom, then it can literally help anyone regardless of sex, race, nationality, or age.

I found out in my twenties that the Demonic Gatekeepers interceded on my behalf as a child and ushered me to magick. In fact, they have disclosed to me the exact manner in which they will affect and shape the rest of my life in precise detail.

An Alliance Of Spirits Known As The Demonic Gatekeepers Knew You Before Birth, Helped You Reincarnate To Earth, And Stand By Right Now To Perform Your Magick

Let’s concentrate on you for a minute. Why did you come here? How did you navigate militant childhood indoctrination and still recognize your love for magick? I imagine that a series of undeniable synchronicities helped you.

Reflect back on every stone you stepped upon to reach this place in your life. Recall the glorious moment when you found the Left Hand Path and immediately recognized it as yours. How did you know intuitively?

Society tried to indoctrinate you, but your intuition said, “Fuck that!”

Your Truth Is Stranger Than Fiction

I hate to talk out of school. Normally I would never declare these facts openly, because they sound kooky, but I need to let my freak flag fly in honor of an idea whose time has come.

You intuitively recognized the Left Hand Path for these two reasons:

I fully concede that this sounds like the plot of a 90’s horror movie, but the supernatural truth is stranger than fiction.

Indoctrinated muggles will stumble upon this priceless knowledge and shrug it off as spooky devil worship. But your intuition knows better than to believe their lies.

I tell you this fact with a completely straight face.

An alliance of Astral Demons known altogether as The Demonic Gatekeepers have surveilled and elevated you from their sovereign Astral Realms, perhaps over multiple lifetimes. Not only that, but between earth-lives you probably apprenticed in their Astral Schools. Their magick intercedes in your life, shapes your energy body, and affects your psychology. They have carefully laid the stones under your feet so you could reunite in this waking earth-life, as you already have in dreams.

They are not Christian guardian angels nor New Age spirit guides — they are fucking astral demons who perform magick for humans that champion the values of the Left Hand Path. They become your patron demon or matron demoness.

I cannot explain it any more simply than that. I give you full permission to call me crazy. Nonetheless, you did not wake up by mistake, no matter what you say. The Demonic Gatekeepers woke you up.

Learn This Life-Changing Sorcery To Reclaim Your Birthright As A God In The Flesh… Our Third Anniversary Edition Features 50 Authors And Volumes 1, 2 & 3 Of Anthology Of Sorcery – SOLD OUT

Update: The Third Anniversary Edition and Evocation of Belial have sold out. You may still place an order for Anthology of Sorcery 3 with the Belial Amulet.

While indoctrinated muggles quarrel violently over politics, the Demonic Gatekeepers awaken their population of Human Magicians on planet Earth. Satan has always been mainstream, Lucifer has become a new presence in culture, and Belial currently Ascends to prominence next.

Satan has always been in mainstream culture, Lucifer has become a new presence in subculture, and Belial currently Ascends to prominence next.

For this reason, we have dedicated the Third Anniversary Edition to the demon Belial, and I will perform the Evocation of Belial in a gatekeeper ritual on September 12th. I am looking for magicians who would like to awaken the Underworld to change their lives forever with:

Furthermore, our jeweler has also stamped out 50 graven metal pendants with the classic occult sigil of Belial on its face.

Our Anthology of Sorcery has featured 195,122 words in 59 essays by 50 top authors over the last three years. Volumes 1 and 2 sold out forever, which has forced people to scramble for copies at ten times the original price on auction.

We do not necessarily like this sense of scarcity, but it undeniably occurs due to the rarity of these artisanal leather grimoires. This special Third Anniversary Edition assembles the most diverse roster of authors in the history of magick. You may view 9 of the 50 authors in the table below:

We will never witness this exact unprecedented union of magicians ever again. This book is lightning in a bottle.

Normally, my rate for a package like this would range as high as $249. But because I want as many magicians as possible to benefit from the Belial Edition, I’ve priced it at only $179… and it comes with Anthology of Sorcery 3 and the Belial Amulet free. This means you get as much as $70 off.

You save 65% on the most brutally powerful magick grimoire on Earth.

Many, many great magicians from every continent on the planet submitted essays to disclose their favorite, most life-changing magick rituals. For this volume particularly, we have accepted only 22 of the most exceptional authors, all of whom united together with the mutual aspiration to formulate The Most Powerful Book Of Spells In Human History.

Anthology 3 reimagines the medieval style of a classical grimoire of witchcraft, like what a trespasser would find in a haunted cabin in the forest where a witch lived. The magician could open it and drag their finger down the table of contents to find the exact spell they need to help an area of their life, e.g., love, sex, money, law, curses, health, ascent, etc.

Essentially, 22 top sorcerers have collaborated on a magick cookbook filled with their favorites recipes to change the world.

Do you see my grand ambition now? I resolve my childhood trauma when I help future magicians escape from theirs, and reconnect with The Demonic Gatekeepers. It closes the loop.

When we elevate both ourselves and future generations, we usher humanity into the next stage of evolution.