54 Of The World’s Most Powerful Black Magicians Reveal Their Favorite Rites, Demons, And Spells… Learn The Priceless Secrets Of Eternal Ascent In 3 Historically Unprecedented Super-Grimoires…
Back From Being Sold Out For The First Time 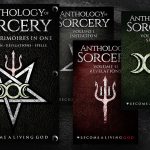 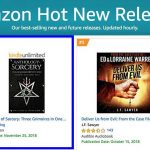 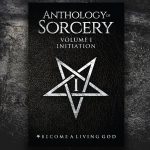 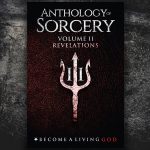 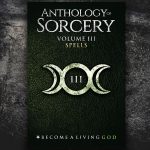 Special Savings
Get $48 off and save 33% on Anthology Compendium edition.

Anthology Of Sorcery: Three Grimoires In One
Add to Cart

Did you know that magick and the occult are not the same thing? Here, let me unlock a thousand years of history in under a minute. Can YOU relate to my experience below?

Traditionally, if a person wished to study magick, they would need to become a “priest” or “priestess” in an occult “church” or “temple.” Modern conveniences like Google, Amazon, and Youtube did not exist, and traditional bookstores would never carry “evil” books on black magick or demonology.

This prohibition caused a “barrier to entry” and “monopoly” over knowledge. Elitist priests in these churches acted like gatekeepers and would only reveal their “secrets” to “initiates” who submitted to their authority in “grades”.

Technology has evolved dramatically, and places like Google, Amazon, And Youtube now provide immediate access to world knowledge. In contrast, the occult never evolved and has become obsolete in danger of extinction.

As a Millennial,  I never wanted to “join a church” or “become a priest” or “submit to initiations” — I simply aspired to perform magick and ascend. As such, it has become my undying mission to free magick from occultism — to de-occult it. In my perfect world, magick authors would open their knowledge to a field of study where peers review one another through trial and error of rituals.

The Anthology of Sorcery encapsulates this mission. 54 authors have united under this grand vision to free magick, provide the world’s most powerful knowledge, and help humanity to ascend. Let me introduce you to these historic authors and grimoires below. 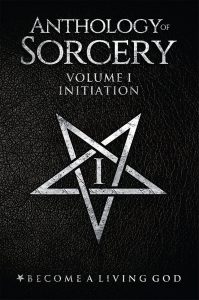 I have always revered magick authors more than authors of any other literary genre. In fact, magicians galvanized me to pen my first demonic grimoire as part of my retired Ordo Ascensum Aetyrnalis in 1999.

Ritual works. And a magician who courageously performs evocation to channel gnosis from astral deities becomes a living sage.

INITIATION: Anthology of Sorcery 1 allowed a long-time dream to come true. I found myself amongst a super-group of my favorite magick authors who had galvanized me to become an author twenty years ago. Honestly, it still excites me today.

As a matter of fact, this bestselling grimoire had sold out overnight five years ago, and has only become available again for the FIRST time right now.

REVELATIONS: Anthology Of Sorcery 2
15 Sorcerers Reveal Priceless Gnosis, Visions, And Prophecy Received From The Lips Of Angels & Demons In Ritual 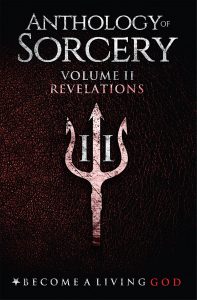 Traditionally, a priest acted as a middleman between gods and people. A priest was said to receive prophetic visions from these deities known as “gnosis” and  “revelation”.

These “prophets” viewed themselves as an extension of the gods and therefore infallible, therefore revealed knowledge became dogma, and it required people to submit to their rule.

Occult priests have used a similar rationale. They use spirit gnosis as justification to open a church where they require initiates to submit to their dogma over an entire lifetime.

As a magician, YOU do not need a priest or middleman, because YOU enter gnosis with gods, angels, and demons yourself in ritual. These spirits reveal knowledge to YOU.

Since the dawn of time, a special tiny minority of eccentric humans have defied the poisonous propaganda and mainstream culture of the tribe, and instead opened their eyes and ears to the spirits of the otherworld for true knowledge.

These dedicated sorcerers and prophets dutifully channel the priceless wisdom and revelations of the immortal gods, angels, and demons of the astral world for the eternal ascent of humanity. While the tribe attacks and maligns these courageous few, they carry the torch of enlightenment forward nonetheless, at the risk of their own safety.

Together in REVELATIONS: Anthology of Sorcery 2 the world’s foremost sorcerers and magicians have combined forces to innovate an unprecedented tour de force of authentic spirit transmission that will maximize your evolution, and deindoctrinate the oppressive narrative of the Church and State.

This second volume of Anthology had also sold out and comes back now for the first time ever. 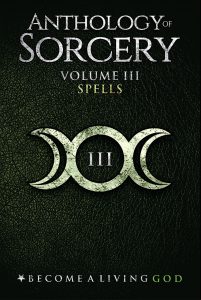 When I first discovered magick, I marveled with excitement at causing “change to occur in conformity with my will.” In fact, I would literally lie in bed awake at night wondering…

You have probably marveled at these same mysteries too!

Through faithfully answering this premise, these 22 magicians have formulated the most powerful spellbook in human history.

Surprise, surprise… this third volume of Anthology sold out too like volumes one and two did.

Many, many great magicians from every continent on the planet submitted essays to disclose their favorite, most life-changing magick rituals. For this volume particularly, we have accepted only 22 of the most exceptional authors, all of whom united together with the mutual aspiration to formulate the Most Powerful Book of Spells in Human History.

Anthology 3 reimagines the medieval style of a classical grimoire of witchcraft, like what a trespasser would find in a haunted cabin in the forest where a witch lived. The magician could open it and drag their finger down the table of contents to find the exact spell they need to help an area of their life, e.g., love, sex, money, law, curses, health, ascent, etc.

Essentially, 22 top sorcerers have collaborated on a magick cookbook filled with their favorites recipes to change the world.

Compendium Edition: Three Grimoires In One
Reclaim Your Birthright As A God & Goddess In The Flesh With My All-New, Three-In-One, Compendium Edition… Back For The FIRST Time From Being Sold Out 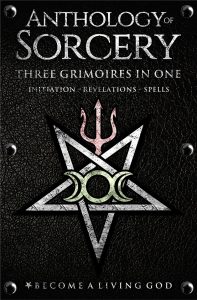 Our entire Anthology of Sorcery series has featured 195,122 words in 59 essays by 54 top authors over the last five years. Volumes 1, 2, and 3 have sold out forever, which has forced people to scramble for copies at ten times the original price on auction.

I do not necessarily like this sense of scarcity, but it undeniably occurs due to the rarity of these artisanal leather grimoires. This new, three-in-one Compendium Edition assembles the most diverse roster of authors in the history of magick. You may view 9 of the 50 authors in the table below:

We will never witness this exact unprecedented union of magicians ever again. This book is lightning in a bottle.

I hate to say it, but you will probably NEVER see this exact assembly of magician-authors ever again — as much as I WISH you would.

Alas, this Anthology Compendium edition has caught lightning in a bottle.

Compendium Edition contains over 350 pages in a large 8×10 textbook-sized grimoire. Every page bursts with modern revelations and ancient rites guaranteed to ignite your eternal ascent like no other grimoire available anywhere.

I did this for YOU.

I did this for the next-generation magician.

I did this for the future.

May you find the exact ritual, spell, and spirit that you need to help YOUR dreams to come true.

Magick acts as a hidden key that unlocks doors. Now you need to open it…