Let Advanced Vampiric Magician N.D. Blackwood Certify A Vampiric Initiation Pact With The Dark Gods And Demonic Masters To Initiate You On The Path Of The Dragon With The Lords Of The Undead 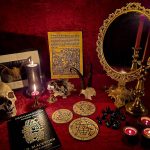 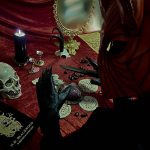 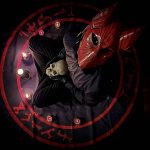 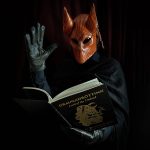 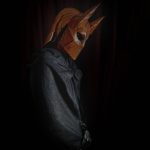 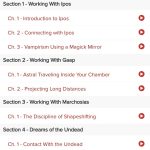 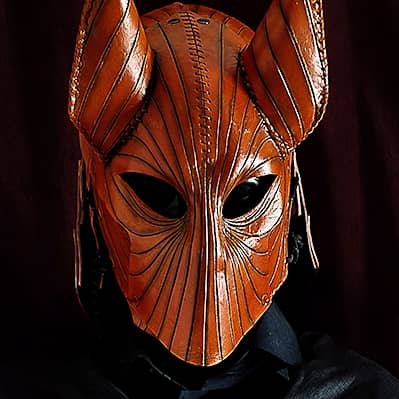 Get immediate access to the course, grimoire, and calendar to book your free personal consultation. You will receive your live recorded ritual by email.

Availability
This ritualist accepts a limited number of clients.

Vampiric Initiation Ritual with Lords of the Undead
Book Now

Please allow me to introduce myself. My name is N.D. Blackwood and I am the Vampiric Magician and author of the sold-out grimoire, Draugadróttinn: Lord of the Undead.

Born and raised in Central Europe, I underwent initiation as a young man in numerous underground lodges and have inherited the priceless systems of initiation and rituals within Magick Vampirism. For more than 15 years, I have devoted myself to Initiatic Vampirism as my only occult path. I managed to synthesize the magick from every Vampiric Path together in order to create the most complete methodology of Vampirism that you can already find in my book, Draugadróttinn: Lord of the Undead.

The classic author on Vampirism, Montague Summers, once wrote:

Throughout the shadowy world of ghosts and demons, there is no figure so terrible, no figure so dreaded and abhorred, yet dight with such fearful fascination, as the Vampire, who is himself neither ghost nor demon, but yet who partakes the dark natures and possesses the mysterious and terrible qualities of both.

Initiatic Vampirism has nothing to do with role play, folklore, or literature. It is and has always been a quest for Immortal Life. To defeat death itself, the Adept will plunge himself into the Abyss, travel into the Realms of the Dead and Demons, and make pacts and alliances with Principle Powers beyond human understanding until he becomes one of these Principle Powers himself.

Vampiric Gods have existed since the dawn of European civilization in ancient time.

The traditional folk-vampirology of Slavic Eastern Europe and mysteries of werewolf cults of Scandinavia from the Middle Ages have always been presided over by dark deities. The exact nature of these entities remains largely a mystery. Vampirism and Lycanthropy have existed in the European subconscious since a time before the arrival of the Celt. The same can be said for many of these particular deities as well. They simply changed their name, depending on the time period and various tribal groups that incorporated them into their own pantheons.

The Saturnian One was seen during antiquity as the Source of Power for many groups that would today be considered on the Sinister Path. He represents the God of the aristocratic warrior-priests and sorcerers who were present in each ethnic group in Europe, the Master of Mysteries who rules through magical power. He has the traits of a sovereign entity with shamanic power and he is the ferocious and sinister Lord of Storms and Shapeshifting. He has many aspects, both creative and destructive. Thought to be the master of the world order, he also possessed the secrets of the dead, being a shapeshifter and a wizard, traveling between worlds. His children are the Draugars, the Vulkodlaks, the Nachtotters, the Alps, the Varcolaccis, the Undead, and the savage spirits of sorcerers that drink the life essence of living beings to prolong their own life in the dark corners of the Astral Plan, where they established real kingdoms and hunting fields.

For those who embark on the Path of a Vampiric Pact, there is no way back. The pact will align the vibratory rate of the practitioner with that of the undead members of this strain of vampires, gradually transforming you into one of their own. The astral and mental bodies of the adept then will undergo a process of crystallization, thus provoking a phenomenon of definitive rupture with their superior bodies.

To become a complete practitioner of Vampirism, there are four major powers that every Adept needs to possess.

1. The Discipline Of Energy Work

The first is the ability to psychically manipulate the vital energy generated and carried within the human astral matrix. This particular skill is the origin of the modern vampire mythos and grants the ability to restore energetic strength, boost occult abilities, and allows the Adept to reverse the process of astral aging on the quest for Immortal Life and enhanced youth.

2. The Discipline Of Astral Travel

The second skill that every Adept needs to possess is astral travel. To stay alive after the death of the physical body, you must be able to fully live inside your astral body, which then becomes the body of Black Light, the immortal receptacle of your consciousness. Mastery over astral travel allows creation of the Body of Black Light, sending it forth into the astral realms to consume the Vital Essence of your subject.

3. The Discipline Of Shapeshifting

4. Initiation With An Undead Master

The last, absolute necessary skill for any serious practitioner is to be placed unto the guidance of an Undead Master. Through dreams, visions, and Necromantic Sorcery, this Being will guide the Sorcerer, transforming him slowly to his own image and revealing the secrets of his terrible nature.

The present ritual is one of the most massive you can think of. During one night of blasphemous ritual, I will summon three powerful demons and a vampiric master and have each of them make a pact with you.

Each of these beings will then be on your side, teaching you their secrets to help you master all the necessary skills to the realization of your astral immortality.

The first pact will be made with the demon Ipos. Ipos, also called Ipes or Ayperos, is a demon from the classical The Goetia. He is said to be a Prince and a Count in Hell by The Lemegeton. He is generally represented as an angel with the head of a lion. He makes men witty and bold. Evoking him will definitely give a boost of self-confidence and courage. Like many demons, he is said to know the past, the present, and the future.

Ipos teaches the Art of Energy-Drain. He will reveal the secrets then take the different forms of energies carried inside the human body. He will modify your very structure to transform you into a vortex for vital energy, allowing you to empty a vessel of their strength. This skill is particularly useful as a tool of Baneful Magick, but most of all, it gives a considerable boost to your stamina, strength, youth, and occult powers. But there is way more that can’t be described with words.

The second pact will be made with Gaap. Gaap or Tap is a demon from The Goetia mentioned by The Lemegeton in the 33rd position on its list of demons. The Munich Manual of Demonic Magic also gives him the title of Prince. Gaap is also the demon of astral travel since he has the power to transport people at high speed. The grimoire specifies that this demon incites love and that it provides medical care to women. He inspires devastating hatred, anger, and passion. He makes his victims insensitive to the world around them. His function is to deliver the demons imprisoned by the exorcists.

His second function is to inspire revolt and to push insubordination. This demon has power over all of Amaymon’s demons and is as powerful as Byleth, of whom he is the sworn enemy. When he appears, he takes the form of a gigantic and hideous demon with bat wings. His ears are huge. On the forehead, he wears two spiral horns, his fingers are hooked. Sometimes it can show itself in human form.

Entering a pact with Gaap will allow you to make easy astral projection. Gaap gives you mastery upon your dreams, assisting you in realizing the very nature of the dreams illusion to become creator instead of a spectator. He will also assist you in achieving a full out-of-body experience by teaching you that the very nature of the universe we lived in and how easy it can be to bilocate or astral travel once this knowledge is in your hands. Gaap will also teach you how to create your own astral temple or kingdom that will serve as your own hunting ground.

The third pact will be made with the terrifying Marchosias. Marchosias appears as a gigantic wolf with large wings and a snake tail. In this form, he is presented as spitting flames. He also appears to the Evoker in the form of a gigantic soldier. Brutal by nature, he is evoked to resolve conflicts expeditiously and brutally. Marchosias teaches martial arts, muscle control and lycanthropy. He embodies the savage and violent power, the ferocity of war.

When it comes to teaching the art of lycanthropy, none is better than him. He presides over werewolves, shapeshifters and skinwalkers. Feared by exorcist, Marchosias possesses a great sense of honor and loyalty.

Very few magicians dare to evoke Marchosias, and even less to enter a pact with him. The demon will grant you the skill of Lycanthropy, teaching you how to densify your body of Black Light with feral rage to use it as a Baneful weapon against your enemies. He will also teach you how to induce nightmares, provoking sleep paralysis and terror in their sleep to have them release a formidable amount of vital energy. But you can also use this skill to become a succubus or incubus and travel in a seductive form to give erotic dreams to the person you are acting upon, sexually uniting with them and inducing thoughts that will be carried in their minds when they wake up.

Finally, the last pact will be made between yourself and an Undead Master. Of this Being, very little can be said. They are the Unknown Superior. These Master Adepts have transcended death itself and continue to live beyond the grave. They are what you aspire to become. They can’t be constrained and appear of their own free will.

This particular ritual will attract upon you the eye of one, sometimes more, of these Undead Teachers. He will be the one giving you Initiation into the current of Vampirism, revealing to you the Dark secrets of Undead Life and becoming your Guide into the Current. From there, your relationship will be unique to you and you alone.

Book The Vampiric Initiation Ritual For A Certified Pact With Lords Of The Undead RIGHT NOW And Receive:

Here’s how to this works…

When you book the Vampiric Initiation Ritual, you will receive:

What Can A Devoted Sorcerer Expect To Receive From The Elder Gods Of Vampirism From Their Initiation Into The Path Of The Undead?

For more than a decade, I have dedicated my life to the Cult of the Undead. I can guarantee that it is one of the blackest, most dreadful yet also one the most powerful forms of magick. It will lead the adept into achieving the peak of their powers, slowly transforming you into a predatory being. Here is a non-exhaustive list of the gifts that the vampiric gods offer to those brave enough to accept them.

The Vampiric Path, a.k.a. The Path of the Dragon, is truly dangerous in nature. This ritual will open you up to Dark Gods to transform your life, and in particular, your Afterlife. It must, in any case, not be made for the purpose of curiosity. I will perform this Master Pact Ritual with The Vampiric Gods on the mutually-agreed day,  and you will receive a live recording of the ritual to watch your convenience.